Affinity card for gamers??
Japanese online game developer Capcom is to offer a Visa debit and loyalty card to its players. 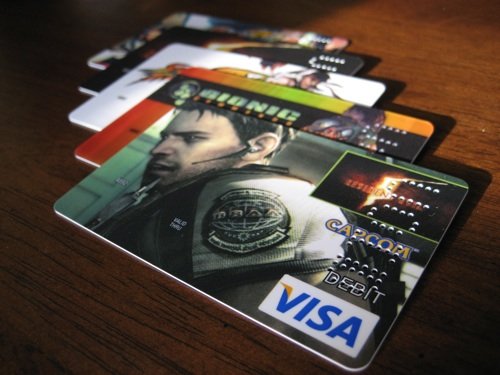 The company owns popular game franchises such as Resident Evil, Street Fighter and Megaman. The card costs US$9.95 for the card and a US$4.95 monthly service fee in exchange for loyalty rewards.  Blizzard Entertainment is another game developer that has issued an affinity card.

Its World of Warcraft Visa card is on offer the online game’s 11.5 million players. When card users make purchases, they earn points that can be used as credit toward the game’s monthly subscription fees.  The Capcom programme will let customers use rewards towards purchases of T-shirts and game memorabilia on its website.

It offers 15% off all purchases at Capcom’s online store, and every dollar added to the card earns the holder five “Unity Points”.

Unlike the WoW card, Capcom’s debit card requires users to load it with cash before it can be used at ATMs or with merchants that accept Visa.   The Capcom card will also enable holders to have priority access to nightclub events surrounding the launches of its games.

The cards come in six designs – two each for the Street Fighter IV, Resident Evil 5 and Bionic Commando games.

Previous Post: « Restaurants serve up the offers to retain customers
Next Post: US credit card issuers pull back on rewards »