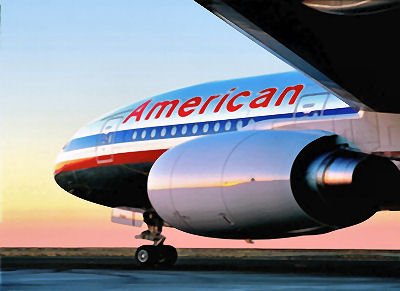 British Airways, American Airlines and Spain’s Iberia have signed a joint business agreement on flights between North America and Europe.

The three airlines plan to file for worldwide antitrust immunity from US authorities for the and they will also notify European regulatory authorities.

“Virgin Atlantic owner Sir Richard Branson has sought the support of US presidential candidates Barack Obama and John McCain for blocking this proposed link-up of American Airlines with it two main European.

“British Airways and AMR Corp.’s American are seeking closer ties for the third time since 1996, with the last proposal scrapped in 2002 after US regulators indicated they’d require the surrender of Heathrow flights to rivals,” reports Bloomberg.com. “An ’Open Skies’ treaty introduced in March has since eased restrictions. The alliance would boost revenue as high fuel prices erode profit and help the partners compete with Air France-KLM Group and Delta Air Lines Inc., which won immunity for their own pact in April.

While customers will benefit from expanded opportunities to earn and redeem frequent flyer miles and elite tier benefits on flights worldwide and continued reciprocal airport lounge access, it is also bound to result in less flight availablilty as the three pool aircraft for less busy routes, and work together for non-competitive pricing.

TripleDip rewards for pooling points
The practice for online rewards clubs to offer the facilities for frequent flyers to pool their points is growing, with hotels and car rental companies also getting involved.

LastMinuteTravel Club for example has been offering frequent last-minute travelers seeking vacation deals online the chance to earn free trips through TripleDip, a web loyalty program from the members-only LastMinuteTravel Club. Members accumulate one point for each dollar spent on the web site’s inventory of discounted A-list hotels, airfare, vacation packages, cruises, and Hertz rental cars. Once acquired, TripleDip points can be redeemed online for free travel to destinations across the globe.

“Members are automatically registered for the free program,” says Uri Argov, President and CEO of Travel Holdings, Inc., which owns and operates LastMinuteTravel.com and its LastMinuteTravel Club. “They can then search for their travel using points, rather than price, and easily book hotels using accumulated points from their TripleDip account. The status of their points can be checked online at any time.”

TripleDip points are deposited into travel club members’ accounts one month after the checkout of their purchased trip, and are not subject to any additional fees, taxes, or blackout dates. In fact, all rates found within the LastMinuteTravel Club are tax-inclusive.

As part of the launch, all LastMinuteTravel Club members, new and current, will receive 5,000 TripleDip points. Points may be redeemed for the full amount of a particular hotel reservation, and cannot be used for partial payment.

Also, effective October 1, 2008 a nonrefundable co-payment of US$150 will be required to claim Upgrade Awards used with most Discount Economy fares when travelling between North America and Colombia, Ecuador, Peru, or Venezuela.

Additionally, the non-refundable co-payment required when claiming one-way upgrade awards from most Discount Economy fares when traveling between North America and Europe, India, Japan, China, Argentina, Bolivia, Brazil, Chile, or Uruguay will change to $350. The charts [here] reflect the new award structure with the changes highlighted.

From now through September 30, 2008, AAdvantage members may book and ticket any of the current awards, and travel is valid for up to one year. On October 1, 2008, the new award structure will apply.

Flybe celebrates success of rewards4all
Flybe which has, since its inception, ben one of the most rewarding travel reward schemes in the UK, has completed an year of its reward program Rewards4all.

In last 12 months, it has awarded two million reward points and has issued 200 cards for accessing its executive lounges. Flybe has 13 lounges which are the highest for any domestic airlines in UK. Rewards4all  was the first low cost airline to award points, and its program is considered simple to understand and use.

Part of the Flybe business case was to offer business class service
Despite being low cost airlines, it provides its business class travelers with all the frills such as executive lounges, fast track airport procedures and online check in plus reward points.

Unlike other reward programs, Rewards4all is available to all the fliers, which can be earned even on deeply discounted tickets.

Now Flybe has extended its reward program to all fliers irrespective of the method they have used for buying their tickets. Flybe tickets can be bought online, through call center or a travel agent. Fliers are just required to set up their online account with the official website and they can manage their reward earnings online.