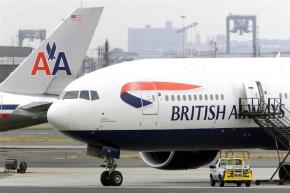 The campaign is the first major joint promotion in the US for frequent flyers of both airlines, who are members of the oneworld alliance.

It is being promoted via Facebook, Twitter and YouTube and targets existing American Airlines AAdvantage and British Airways Executive Club members, as well as prospective members.

Loyalty members who register for the promotion will earn 20,000 AAdvantage or British Airways Executive Club bonus miles for every eligible trip booked in full-fare economy class or above. Once their trip has been completed, customers will receive a contest entry email where they can submit an essay answering the question, “If you were cured of the ‘Wanderlust’ with 1 million miles, where would you go and what would you do there?”

The airlines are emailing frequent flyer program members, encouraging them to register for the Miles Millionaire Contest, which could “Cure your Wanderlust with 1 Million Miles.”  Through the contest, four winners – two AA customers and two BA ones – will be offered the opportunity to receive 1 million frequent flyer miles each.

In addition to email support, the campaign is being promoted across various media channels including both airlines’ websites, Facebook and Twitter pages, and YouTube channels.  The campaign’s YouTube video (http://www.youtube.com/watch?v=Xp_A5O96TUw) dramatizes business travellers’ need for a vacation by incorporating lines such as “I’ve been to London, Hong Kong and Berlin. Boardrooms look about the same.”

“The Wanderlust campaign provides an original way to communicate with and engage our most loyal customers while also driving new acquisitions,” said Anne Tedesco, VP Marketing, North America at British Airways.  “Also, by creating Miles Millionaires on top of a typical bonus miles promotion, we are using the campaign to set ourselves apart from our competition.”

During the contest, eligible customers will receive a contest entry email where they will have the opportunity to submit an essay answering the question “If you were cured of the Wanderlust with 1 Million Miles, where would you go and what would you do there?”  Online voting by the contest entrants’ social networks and the general public will then help determine which four customers will become “Miles Millionaires.”
“It has never been more important to engage loyal customers in whichever channel they may be active. The Wanderlust campaign provides British Airways and American Airlines an opportunity to accomplish this through a program that creatively speaks to the customer’s needs and wants,” said John McDonald, executive marketing director at OgilvyOne, which designed the campaign.  “It was a true collaborative effort – the account team, marketing strategy team, creative team and analytics team partnered to create a one-of-a-kind program that would not only support current customers, but also help attract new brand loyalists to British Airways and American Airlines.”