An interview with Sir Terry Leahy
Former Tesco CEO Sir Terry Leahy was recognised for his Outstanding Contribution to the Loyalty Industry by judges of The Loyalty Awards 2012.
He talked to Annich McIntosh, editor of Loyalty Magazine, about launching Tesco Clubcard, the loyalty evolution – and his ten loyalty lessons. 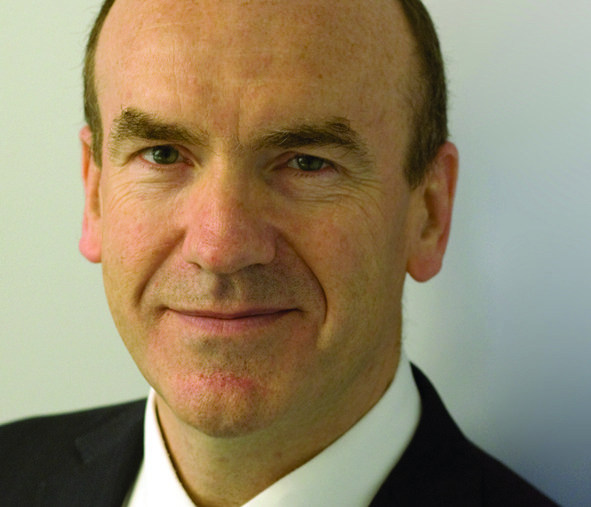 It was 17 years ago that Tesco Clubcard launched. What role did you have at Tesco and what part did you play in what has become an iconic loyalty programme?
I had been appointed the first Tesco marketing director about two years previously. The country was struggling with a recession and Tesco was having a hard time. We conducted lots of research and I encountered problems – lots of small ones actually – but basically to do with the fact that we had lost touch with customers in the recession.

We embarked on a number of projects, including Value lines, we improved service at the checkout, with the ‘only one in front’ initiative and the business was doing well. But I was still uncomfortable about the lack of insight into customers. As a marketer I saw the opportunity that was presented to gain data on customers through a loyalty scheme.

But asking customers if they want something is a little difficult if they don’t know what it is, and this was a new concept. So how did you work out that Clubcard was worth the risk?
We did trials of course – as many other supermarkets were doing at the time – and we believed it would work. It was a big investment. At that time, in 1995, we were making 4% profit after tax, and we thought we would have to spend 2% of that profit on the loyalty programme. This was a massive investment. As it turned out, we learnt from the trial that customers were happy with 1%, but this is still a quarter of profit.

So was it hard to bring the board with you on this?
It took some persuading, but we convinced them.

What came first, the initiative to use Clubcard as an incentive to get customers to return, or the goal of gaining customer data?
ClubCard was first and foremost a way of saying thank you to our customers. At that time we didn’t know where they were and I was uncomfortable with that. Previously there had been no way we could have found out, but with the massive increase in computer power, it became possible.

How important was dunnhumby to the success of Clubcard?
They were the people with the skills to interrogate the data and provide the insight that inspired the business to make changes. Clubcard came first, and we had a big success with it. But it would not have maintained that success without dunnhumby.

Is the business environment different today?
17 years on, the challenges are very current. Businesses are trying to find a way to build trust with customers and using it long term to build loyalty. They are keen to know how loyalty can help. There is more data, and customers have more information. They are looking for ways to master all the data to learn about customer needs.

Because of social media, the internet and mobile communication, is it necessary to play the loyalty game differently?
There are universal rules, but these are made more relevant by the explosion of data. Word of mouth recommendations through social media sites are very powerful. As customers get more choice, they will increasingly navigate via those they trust. If the relationship is open and trustworthy, so it will mature and has the potential to become loyalty to the brand.

Is there such a thing as loyalty in commerce?
Absolutely there is Loyalty, both in life and in business. It is often based on mutual trust. It is an attachment that grows because that entity is acting in their interest. That is a powerful commitment based on experience. If the business looks after people, they will feel that it looks after their interests. It has in the past and will in the future.

Is it still necessary to have a loyalty scheme with a card. Can this communication now be carried on remotely?
You don’t have to have a Tesco Clubcard any more. The points can be handled electronically, and you can use your mobile phone rather than the card, but it is still important in its own right as a scheme. A loyalty programme gives a business a second chance if you get something wrong, and this doesn’t happen very often in business. Nobody gets it right all the time.

What is your opinion of short term offers. Are they loyalty or promotion?
The problem with Short Term Promotions, and there are a lot of them about, is that they reward disloyal behaviour. They reward promiscuity. They are useful if the deal or promotion is part of an overall programme, but they disrupt the broader price positioning if you rely on them too much. It gives the wrong type of customer message, and erodes trust. It gives the wrong signal about price.

What about paper coupons. Tesco has always insisted there is a place for these?
Yes. Their strength is that it is good news going in the post. This rarely happens, but as I have said, the customer can choose to collect and receive rewards electronically. Clubcard evolves all the time.

What do you think about Groupon?
It helps small businesses find an audience but the challenge is the fee structure, which is very high, and the discounts undermine the business price level.

Is now a good time to innovate?
A recession is the very best time. Many great businesses start in a recession, because people have the time to be imaginative and they try something new and take risks. It is difficult to move away from the pack in good times.
One of my ten lessons that I talk about in my book is to know the truth. It is difficult for an organisation to know what is going on around them. What really motivates customers. It needs a huge amount of research to find out what people think.

It is good advice, to find out what customers think, and then when you have an idea, trial it.

Clubcard has given up a huge amount of information about what customers want. It helped a lot in the launch of Tesco financial services.

Is there still room for loyalty to evolve?
Clubcard has grown up. It is unrecognisable from the product of 15 years ago, yet there is still a huge opportunity to use data to understand customers. That will never change, even if the way we do it evolves.

“The national launch of Clubcard was, if anything, even more successful than the trial. Sales surged ahead. Not long after its launch, I remember looking at the latest industry figures, crucial statistics which allow retailers to compare their weekly sales growth against the average of the industry. In a mature industry like retailing, one or two per cent either side of the industry average is what you would normally expect to see; anything more and something very unusual is happening. That morning, we were 11 per cent ahead. I knew at that moment something had changed in the industry for ever, and my life along with it.”

“Originally we grouped customers by life stage: students, young singles and so on or by relative affluence (using their postcode) in order to produce summary analyses of purchasing behaviour. Gradually, however, we came to realise this was a rather artificial way to handle the data, and in time we settled on a classification that was authentic and actually more useful. We defined people by what they bought: not so much ‘you are what you eat’, more ‘you are what you buy’. Vegetarians, people on a budget, devotees of finer foods, moochers of quick snacks…. The richness of the data stunned senior managers who had been in the business for a lifetime. At the end of one of dunnhumby’s first presentations of Clubcard’s insights, Ian MacLurin exclaimed: “I’ve just learnt more about my customers in the last 30 minutes than I have done in the last 30 years.”

“Some have accused me of being obsessive, fanatical even about focusing on the customer. I plead guilty. Only then can you understand enough about them to earn their loyalty – by doing the small things that show you care. And putting your trust in the customer gives you the courage to strive for audacious goals.”