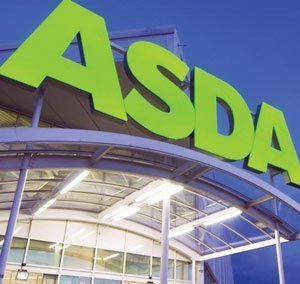 Asda boss Andy Bond said that loyalty could not be bought with special offers. Bond claimed that greater loyalty was achieved by providing customers with increased transparency into the workings of the business.

He added: “We’ve got nothing to hide. We know it involves risk, but in a modern democratic world, loyalty can’t be bought by plastic points and money-off vouchers. It has to be earned. We want our customers to trust us. And they will only do that if we are transparent.”

His comments come in the wake of claims by rival Tesco’s CEO Terry Leahy that its offer of double points on the Clubcard loyalty scheme had improved its performance amidst the recession.

Among Asda’s latest initiatives is the installation of webcams on the premises of some of its suppliers to let customers see where its chickens are reared and the working conditions in the factories where its clothing products are produced. The webcams showed a carrot washing and sorting warehouse in Sebly, North Yorkshire and a dairy processing plant in Lockerbie, Scotland as well as the lobby of the company’s headquarters in Leeds.

Bond added that cameras inside battery chicken sheds, clothing factories in Bangladesh or even an abattoir was a possibility

Asda also launched an offer to give customers up to £100,000 if they come up with an idea that saves the company up to £2m.

The retailer is also planning to provide its 18,000 strong customer panel access to some of its products before they go on general sale. This seems to be one area of generating customer loyalty where Asda in is agreement with Tesco, which also has a consumer panel run by its Clubcard operator Dunnhumby.

One rival retailer has dismissed Asda’s ploys as “a gimmick”, but several market analysts predict that they will have to launch similar initiatives since customers are increasingly concerned about where the food and goods they buy come from..

Previous Post: « Cloud Computing – understanding the risks and questions to ask your service provider
Next Post: Card details being put at risk by call centres »