Banks win back customer trust, but loyalty levels dwindle
After years of reputational issues and costly scandals, banks are managing to win back the trust of customers, according to new research. 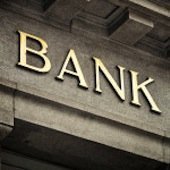 On the downside, levels of loyalty to banks have dwindled with only six in ten customers (59%) being with their bank for more than ten years, down from the 72% figure for 2013.

Almost three quarters (72%) now trust their current account provider, according to price comparison site uSwitch, which based its findings on votes from over 10,000 customers. Customer satisfaction with banks is strong with 82% satisfied overall.

First Direct was named by customers as the best bank, coming top in eight of nine categories.

After a troubled year, Co-op Bank achieved third position in categories including ‘Best Current Account Provider’ and ‘Most Trusted’.

Moving up from bottom place last year, customers give Santander approval for the rewards it offers but rated it poorly for service.

uSwitch.com, one of the biggest success stories in winning back customer trust is online and phone-based bank First Direct, whose commitment to service and experience has once again won strong approval from customers and secured it first place in eight out of nine categories.

The Co-op Bank holds onto third position in almost every category, despite the widespread negative publicity that the Group has endured over the last year. While the Co-op dropped several places in the Best Switching Service category, falling from third place in 2013 to tenth this year, it has still managed to secure a top-three spot in the Most Trusted, Most Recommended, Best Overall Satisfaction, Best Customer Service and Best Value for Money categorioney categories.

Santander has pulled itself up from bottom place last year to fourth place overall in this year’s ratings. uSwitch says its innovative cashback programme and generous interest rates have played a strong part in this improvement – the bank comes top in the ‘Best Rewards’ category. However, it fails to even make it into the top ten for customer service. Despite this, the 1-2-3 account has gained a 10% share of those switching accounts since the launch of the Current Account Switching Service in September 2013.

With consumers beginning to demand more from their banks, the report says larger players such as RBS will also need to up their game – it was voted the worst current account provider overall, coming last in all categories but one. Other members of the big four – notably Lloyds and HSBC – also performed badly, failing to secure a top-three position in any of the categories.

There is evidence that the Current Account Switching Service, introduced last September, is beginning to make an impact. The research shows only six in ten customers (59%) have had the same current account for more than ten years – down from 72% in 2012. This, coupled with the latest figures from the Payments Council which show a 14% year-on-year increase in switching levels, suggests that consumers are at last demanding more from their bank account.

David Mann, head of money at uSwitch.com, said it is crucial that banks and building societies keep strengthening the relationship they have with their customers by offering them innovative products and services.

He added: “It’s clear that the best bank accounts are the ones that offer tangible benefits such as incentives and rewards – but other factors such as customer service, value for money and trust are as important as ever. Many providers still have a long way to go before they are comfortably sitting in their customers’ good books.”

Mann said competition in the current account market is hotter than ever and banks cannot afford to take their foot off the pedal.

“Already this year we have seen high profile brands such as M&S and Tesco launch current accounts specifically designed to steal customers off the high street,” Mann said. “With the likes of Virgin Money and Atom Bank also expected to launch in the next 12 months, it’s clear that the Big Four are no longer holding all the cards.”