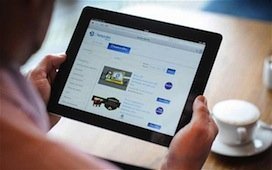 Barclaycard has launched a new daily deals website that it claims will overcome consumer “offer fatigue” in the crowded market.

The card issuer’s “bespoke offers” site will compete with rivals such as Groupon and LivingSocial in providing personalised vouchers and offers to UK consumers (including non-Barclaycard customers). There are initially 5,000 daily deals available at the site from brands including Tesco, House of Fraser, Shell, Odeon, British Airways and Starbucks.

Barclaycard claims the data on customer spending habits it has gathered from its 28.8 million UK customers will enable it to bring a new level of personalisation to the market with offers covering food, petrol, home entertainment and travel. Offers will be tailored to people’s spending patterns and selected preferences.

Barclaycard chief executive Valerie Soranno-Keating claims users could save up to £2,100 a year by redeeming offers. However, this has been contested by consumer sites such as moneywise.co.uk which says that the site is offering almost identical discounts to Groupon and LivingSocial, and that people would have to spend a considerable amount to make the sort of savings Barclaycard is claiming. See Loyalty Comment on the story here.

Barclaycard has conceded that a £15,000 spend across all eleven product categories in bespoke offers would be required to make the claimed savings.

The card issuer says that, from a merchant’s perspective, they will benefit by being able to focus their marketing and provide added value to customers who are most likely to want their products or services.  It adds that individual cardholder details will not be shared with retailers.

Under a “For You’ tab on the www.bespokeoffers.co.uk/ website – which is accessible consumers will be able to browse personalised offers and search by location, keyword or product.

Initial offers at launch include a £10 Starbucks card for £5, £0.05 off per litre of fuel at Shell, and a 3-for-2 dry cleaning offer at Johnson Cleaners.

Soranno Keating said: “Barclaycard has been in the business of helping consumers to make payments and retailers take payments since 1966. We see how much UK consumers are trying to squeeze more out of every pound they spend and how UK retailers are struggling to provide incentives to the right customers to encourage more sales.”

Barclaycard launched a revamped version of its Freedom loyalty programme last September after pulling the merchant acquiring-funded scheme in earlier in the year after it struggled to attract retailers following its launch in 2010.

The new Freedom rewards card had 70 partners at launch and offered double points on spending at any UK supermarket and petrol station, and triple points at selected Freedom partners.

Previous Post: « The ‘Three Cs’ evolving consumer and retail loyalty
Next Post: Comment: Barclaycard daily deals – a great idea, but hasn’t someone thought of this already? »