LoginSearch
You are here: Home / Features / Can frequent flyer schemes live up to consumer expectations? 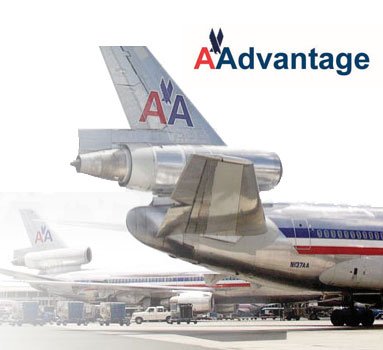 Start a conversation in any frequent flyer airport lounge about the worth of frequent flyer (FF) programmes and the chances are you will be told that “the golden age” — when miles were earned by flying and airlines competed for the top customers with promotional offerings and realistic award availability – had long since gone.

Today, (moan the really heavy travelers), unlike the late 1990s and early 2000s, airlines treat the selling of miles as a revenue stream, hawking them off to credit card companies and retailers, which makes it difficult then for redemption to take place on the chosen date.

This month sees the 30th anniversary of American Airlines’ introduction of ‘one of the’ first frequent-flier programs (actually it was the second because Texas International Airlines started theirs in 1979, but everyone seems to forget this). American Airways introduced AAdvantage in May 1981 and since then, frequent-flyer programs have grown enormously.

As frequent flyer miles are estimated to be worth 324.9 million (2010), it is perhaps worth analyzing what value they have (real and perceived) for the consumer, whether they have a future in their present form, and whether the low cost airlines can move into the space.

Scheme value
There is no denying the worth of frequent flyer schemes and their importance to airlines, but with consultants predicting a fall in the amount of FF miles collected and redeemed in coming years, there is a question mark over whether recent developments have harmed the concept as a customer retention tool.

Frequent flyer miles have grown from their original mission of building brand loyalty among fliers to billion-dollar revenue generators that lure non-fliers and are vital to an airline’s profitability and make a considerable difference to an airline’s bottom line. Their reward schemes have a worth in their own right and are valued as such, as is the brand.

Airline Overall rating:
AirTran B
Alaska A-
American B+
Delta B+
Frontier B-
Hawaiian B-
JetBlue C
Southwest B+
Spirit C
United A-
US Airways C+

A USA Today analysis — which includes statements by airlines and a review of documents they filed with the Securities and Exchange Commission— shows that the number of members who have signed up for US airlines’ frequent-flier programs exceeds 311 million, the population of the USA.

But many of the airlines’ most important customers, frequent business travelers, are grumbling that non-frequent fliers reduce the availability of seats on planes by earning miles with credit cards and in other ways that don’t involve taking a flight. And they’re annoyed by an inability to book a free flight at the lowest mileage-redemption levels.

Four years ago, one frequent flyer said he cashed in 35,000 miles per person for a family trip to Hawaii. In March, frequent flyer Jebb Stewart says, he checked Delta Air Lines’ website for a free round-trip flight from Salt Lake City to Honolulu on any date through the end of December. There were four days on which seats were available at the lowest mileage level.

This type of complaint is repeated frequently on traveler websites and blogs – and in airport lounges. The general consensus is that frequent-flier programmes are worse today because many more miles are needed for an award and free-seat availability is scarce.

“The frustration level is at an all-time high,” says Tim Winship, publisher of FrequentFlier.com and an investigation by a US newspaper travel division endorsed this view.

It took USA Today 13 attempts recently before it could book a free seat at the minimum mileage level on a Delta flight.

Despite changing arrival and departure dates and the arrival city, USA Today repeatedly struck out trying to book a free flight at the lowest mileage threshold from New York to six European cities in August, a peak travel month.

The newspaper also was unable to get a free seat for the minimum number of miles for flights during two off-peak months: New York to Los Angeles in September and New York to Omaha in October.

Delta’s website sometimes showed dates when free seats at the lowest mileage levels were supposedly available, but only free flights requiring higher mileage appeared when clicking on the dates.

A telephone agent for Delta’s SkyMiles programme said the website wasn’t as up to date as the changing seat inventory in the airline’s reservations system.

Delta spokeswoman Chris Singley says the airline on March 13 upgraded the award calendar on its website “to improve its accuracy.” USA Today, though, tried to book its free flights four days later and found them inaccurate.

Singley says that in late March more than 20% of seats remaining for April and May flights were available at the lowest mileage level.

Petersen says plenty of free seats are available at all airlines if fliers learn to accept that they must pay more than the minimum number of miles to land one. “I can get any award if I pay double miles for it,” he says.

Earning miles
Petersen says fliers shouldn’t be discouraged by the lack of free tickets at the lowest mileage level, because miles have become so easy to earn.

Many frequent-flier club members earn the bulk of their miles without flying, and this is the case in most markets, not just North America.

Credit cards issue a mile for every dollar spent, and miles can be earned by buying products, shopping at grocery stores, taking out home mortgages, getting insurance quotes and answering marketing surveys.

But many frequent fliers — those who routinely tolerate crowded airports and aircraft and endure flight delays and cancellations as part of their lives — say they should earn more miles than non-fliers.

“Why does a person who earns miles by using a credit card and never flies have the same award availability as me, a Delta Diamond Medallion flier who earns most miles by flying?” asks one frequent business traveler. Another gripe is that banks and airlines promise a free round-trip ticket for 25,000 miles to consumers who sign up for a credit card affiliated with a frequent-flier program. But then the consumer is unable to find a flight for that number of miles.

American Airlines
American Airlines has been a big beneficiary of the worth that a frequent flyer scheme can bring to an airline and its executives are eager to defend the concept.

Maya Leibman, president of American Airlines’ AAdvantage program, says “one of the biggest misconceptions” is that “getting award tickets is impossible.”

Last year, AAdvantage members redeemed more than 165 billion miles and received over 7 million free flights, upgrades and car rentals. “Award redemption is one of the areas where our best customers give us the biggest kudos,” Leibman says.

During the recession, award redemption at American and other airlines was brisk, and the airlines relied on frequent-flier programs to generate revenue.

Citibank, which issues credit cards affiliated with American, paid $1 billion for the airline’s AAdvantage miles in 2009, according to 10-K documents the airline filed in February 2010 with the Securities and Exchange Commission.

American’s rival, United Airlines, brought in $774 million in revenue from its Mileage Plus program that year, 10-K documents filed by United show.

Last year, American issued 185 billion AAdvantage miles, and 62% of them were sold to program participants, documents filed with the SEC show. The airline’s ancillary revenue increased by more than 5% to $2.4 billion because of increases in passenger service charges, fees and increased revenue from the sale of mileage credits.

It is well accepted in the airline industry that a frequent-flier programme is essential for any trans-continental airline, and even the low cost airlines, such as EasyJet, are moving into the miles redemption space.

The schemes enable the airlines to differentiate themselves, to talk to customers, and to remain top of the list when a saver is booking a flight on a crowded route.

But the airlines are having to work harder to keep savers happy and differentiate themselves.

In February this year, Delta pleased infrequent mileage earners in February by eliminating its policy of miles expiring after two years of account inactivity. Miles in nearly all competitors’ programs expire after a certain period of inaction.

Link to chart of who has the best frequent flyer programme:
http://travel.usatoday.com/flights/story/2011/04/Which-airlines-have-the-best-frequent-flier-programs/46370960/1

In addition the airline is offering a new deal every day for 30 days both with the airline and with partners such as hotels and car rentals. The deal could be bonus AAdvantage miles, upgrades or cash discounts.