LoginSearch
You are here: Home / News / Customer Insight / Car loyalty on the decline

Car loyalty on the decline
Customer loyalty to car manufacturers in the US is falling. 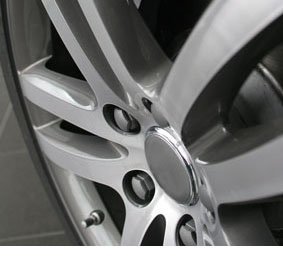 This is costing some automakers more than US$3bn in annual sales, according to Scott Waldron, president of Experian Automotive, a part of information services company Experian.

Waldron released the findings during a presentation to a collection of manufacturers and marketing agencies at the ENG Automotive Customer Relationship Management Summit.

“The current struggles in the auto industry make it more important than ever for automakers to keep the customers they have coming back to purchase another vehicle,” Waldron said. “However, the increased number of available manufacturers and models make engendering customer loyalty a bigger challenge than ever before.

Automakers who have a firm understanding of what drives their customers to remain loyal will have a significant competitive advantage in this challenging market.”

He added that even a small rise in customer loyalty can lead to significant increases in revenue. For example, a manufacturer with 10 million current customers will have approximately 1.5 million of those customers return to market in a given year. A one-percentage-point rise in customer loyalty would produce 15,000 additional annual sales, or approximately US$405m in additional revenue, based on an average vehicle sale price of US$27,000.00. If this same manufacturer could improve loyalty performance by the 9.2% lost since 1998, they would generate an additional US$3.726bn in annual sales.

Cautioned
Waldron cautioned that traditional customer satisfaction scores are not always a reliable indicator of overall loyalty performance. He said automakers need to understand how customer loyalty is influenced by several other factors, such as financing, warranty work and customer satisfaction with all dealership interactions.

“Generating customer loyalty is a far more complex process than simply scoring high on initial customer satisfaction surveys or just tracking whether a customer bought another vehicle of the same make,” Waldron said. “Automakers need to factor in all of their customer touch points across the ownership lifecycle to understand the definition of loyalty that is specifically meaningful to their brands and their customers.”

He added that truly effective loyalty programs begin with manufacturers who make their own internal data assets actionable by coupling that information with additional vehicle registration, consumer demographic and behavioral data, and analytic expertise from sources such as Experian Automotive.

“Automakers have incredible amounts of customer data from virtually every customer touch point,” Waldron said. “Bringing that data together with Experian Automotive’s assets provides manufacturers with new capabilities in understanding and defining loyalty that drives from the corporate level down to the dealer and service level to reach and retain loyal customers and drive increased revenue.”