Cash rewards are king in recession
Cash back rewards on loyalty schemes have been gaining popularity in the current economic climate. 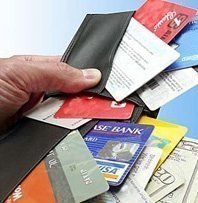 That is one of the findings in a new report by market analyst TNS which states there is a marked increase in consumers choosing cash back rewards for credit and debit card usage, over air mile rewards and rebates programmes.
Penetration of cash back programmes amongst all cardholders surveyed rose from 57 percent to 61 percent from 2007 to 2008 and is forecasted to gradually increase at least until 2010.

The combination of age, income and net worth is a key driver for rewards usage. Cash back is the most popular type of rewards program across all the age/affluence segments surveyed, with the exception of the Younger Upper Mass segment . This segment is most likely to select bonus points, followed by cash back rewards. 65 percent of Older Upper Mass respondents have cash-back cards, compared with 58 percent of the Affluent respondents. The Affluent and Young Affluent are by far the most influenced by air miles at 30 percent and 24 percent ownership, respectively.

Rewards cards are influential in many of customers’ essential decisions related to credit cards, from acquisition to primary card status. Most often, a rewards card is considered the primary card and is typically the “top of wallet” card and used more than its counterparts.

The maturing credit card rewards market has prompted issuers to broaden their appeal by reassessing program value and catering to diverse card segment members. “In today’s economic climate, issuers are faced with increasing competition and commoditization, all while pressure is mounting for consumers to apply only for the right cards and pay off their balances,” said Hagan. “With the stakes so high for rewards, issuers must offer significant benefits to drive superior acquisition, retention and loyalty.”

TNS surveyed 3,901 households between August and November 2008 concerning their credit and debit card attitudes and behavior. The study has been running since 2005.