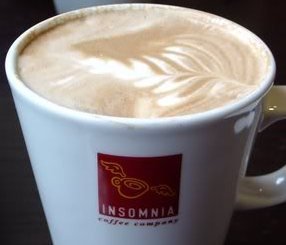 The NFC tags have been supplied by locally-based Zapa Technology which says it will announce deals with five other big retailers before the end of the year. It says it is also talking to three Irish towns to form partnerships involving all their major retailers.

The small tags are attached to a mobile phone and can be used to collect data like a loyalty card at several retailers. They can also be used as membership swipes and for electronic payments.

Around 12,000 Insomnia customers have begun using the payment and marketing technology since it was launched earlier this month.

The company, which is headed by former Payzone chief executive John Nagle, told the Irish Independent that  it will also attempt to secure deals for its technology in the UK and continental Europe

Bobby Kerr, the chief executive of Insomina, commented: “We operate in a very competitive market and, as well as offering the highest quality products and service, we’ve always been keen to offer our customers great loyalty bonuses to help us maintain an edge over the competition.

“The ZapaTag appealed to us because it’s so convenient for our customers and gives them much more certainty that they are availing of all their bonuses from Insomnia.”

Previous Post: « Are you a social networker or one of those who “don’t get it”?
Next Post: oneworld alliance targets Italian customers »