LoginSearch
You are here: Home / News / Retail Loyalty / Comment: Is it time to review the reward? 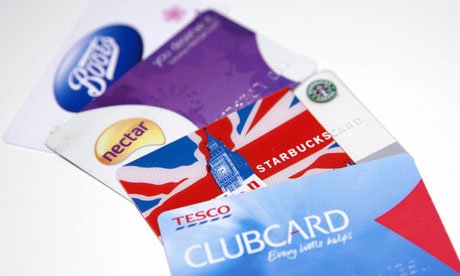 Easy to forget the absolute in the complexity

It is very easy in a business as complex and interdependent as loyalty, to sometimes forget to consider how the customers perceives our carefully thought out offers,  incentives and the rewards.

There is a particular case for citing confusion in airline and hotel loyalty but even in the high street, there is huge complexity for the consumer.

To mark Nectar’s tenth birthday, the Guardian newspaper carried a comparison of what it considers to be the most popular UK schemes that operate using a plastic card.

The article focuses on an incomplete list of schemes, and gives a simplistic description of the offers and benefits, but what it is useful for is to compare the absolute.

The most telling of these is the monetary value.

The article reports the following:

Nectar
Nectar points are earned at the rate of one per £1, with half a point earned on fuel. Nectar points are worth half of a penny, although there are opportunities to double their value, at attractions and for days out.

Points can be spend in Sainsbury’s and Argos, online with Expedia and a range of other partners.

Tesco Reward points
Tesco reward points are earned at one per pound apart from fuel when half a point per pound is earned; while on technology services, such as broadband and mobile, it is three points per pound (until the end of 2012).

The rate for non-Tesco purchases made on a Tesco credit card is 0.25 points per pound. The rate through E.ON is half a point per pound.

A point is worth 1p off standard grocery products. However they can be converted, using Clubcard Rewards, into money off at other companies where they are often worth more. For instance, £10 of Clubcard vouchers convert into £40 of vouchers in high street restaurants such as Cafe Rouge and Pizza Express.

Boots
Customers earn four points per pound which is the highest return among the major r etailers. In addition, customers  can earn more during promotions and through clubs. Earch point is worth worth 1p.

Superdrug Beautycard does not compare well with Boots. One point is collected per pound and a point is worth one pence.

Superdrug run various promotions in store and have further promotions for those who sign up for e-mails, which rotate so it is worth checking their website or in store.

Cost Coffee Club on the other hand, offers a massive five points per pount, and
Customers get an extra 100 points as an initial incentive to register the card.
Each point is worth 1p. They can only be spent at Costa Coffee.

Not forgetting Waitrose? Yes Waitrose
Because it is the Guardian, the last company to be compared is myWaitrose, which doesn’t actually offer points at all, but works as a membership scheme, providing cardholders with exclusive offers tailored to their particular interests. It is not entirely clear why this one was slipped in.

So what is the conclusion?
As we all know, there is a lot more to a loyalty scheme than the number of points and their value, but in these tough times, when many people are returnig to coupon collecting to save money, should companies perhaps be spending more time and effort promoting their reward value – if it is impressive, and doing something about it if it isn’t?

The full Guardian article is pasted below and it can be read at http://www.guardian.co.uk/money/2012/sep/19/loyalty-cards-compare-rewards-restrictions?newsfeed=true

Previous Post: « Drugstore loyalty battle hots up as Walgreen programme goes live
Next Post: Praying at the alter of Apple »