Comment: Nectar protests show partners must be chosen carefully
Nectar ran into a firestorm of social media protest this week after it published details of its partnership with the Daily mil on its Facebook page.

While its PR problems doesn’t quite match the scale of the recent United Airlines case where staff were filmed injuring a passenger, it does highlight the dangers of linking up with potentially controversial partners.

The Nectar Facebook page was overrun with people saying they were cardholders and would be cancelling their Nectar accounts in protest at the partnership with the right-wing newspaper.

Nectar has 20 million members in the UK while the Daily Mail has 1.5 million readers. Nectar is not stupid, and has obviously done its market research and calculated that a link with the Daily Mail will be good for business.

To be fair to Nectar a partnership with the biggest selling UK newspaper The Sun would probably have been just as controversial, and it will be interesting to see whether this does any permanent damage to the coalition scheme’s brand.

Perhaps the message is that loyalty schemes should exercise caution in getting involved with anything related with politics. 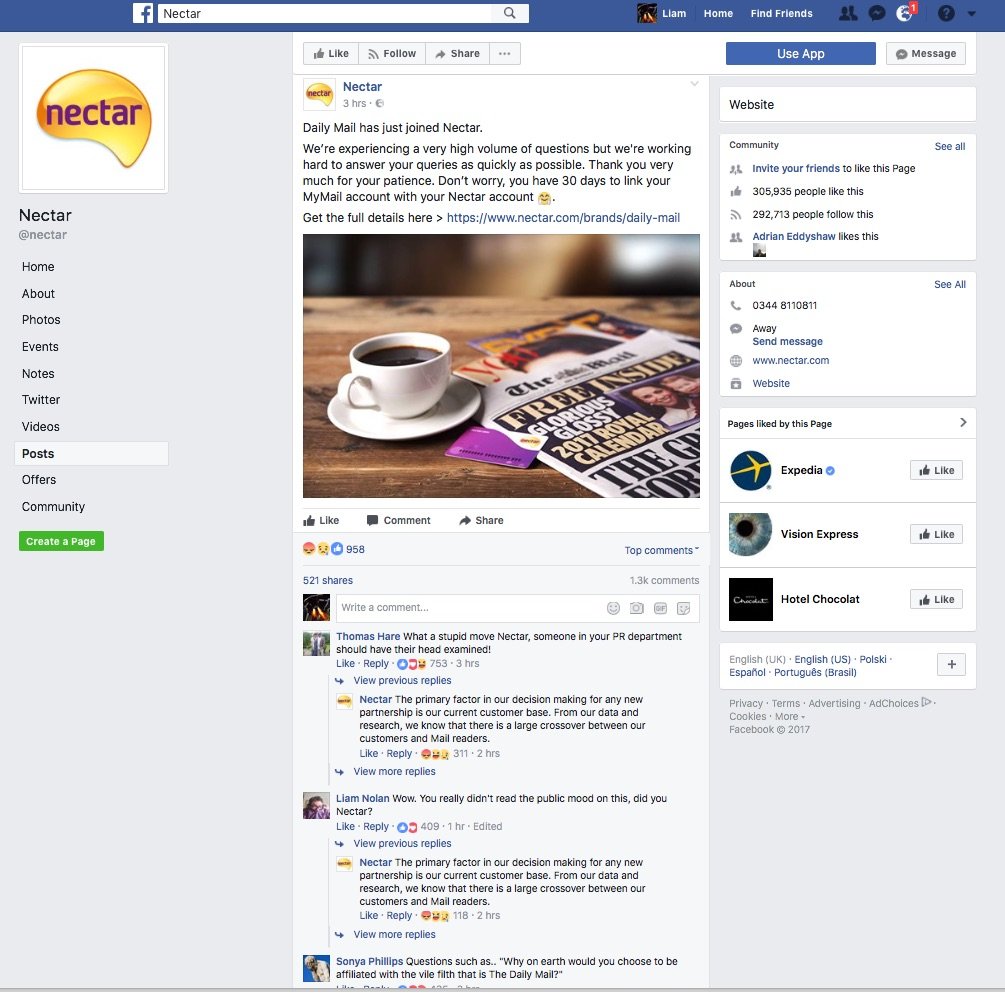