LoginSearch
You are here: Home / News / Comment / Opinion / Comment “Aldi and Lidl struggling to build loyalty” ….. are they?

Comment
“Aldi and Lidl struggling to build loyalty” ….. are they?
All supermarkets are falling short of earning the love 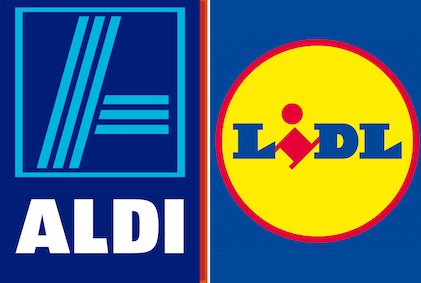 New research from ICLP states that discount supermarkets Aldi and Lidl are “struggling to build loyalty despite ever growing market share.

Not where I live they’re not. A newly opened Aldi is constantly busy, while other supermarkets in the town have taken a definite hit, despite their loyalty programmes. The car park is peppered with high value motors and the shoppers come from a very wide range of income brackets. They are shopping for the bargains yes, but also for the quality of the food, the variety and the interest value – (there is no telling what will be for sale in those middle aisles).

ICLP argues that UK shoppers questioned have much stronger and deeper relationships with Tesco and Sainsbury’s than they do with discounters – or at least that is what the 1000 people questioned said.

But only 34% of Sainsbury’s shoppers and 31% of Tesco shoppers feel that they are rewarded by offers tailored to them. Now this compares with  just 3% of Aldi shoppers and 4% of Lidl shoppers who felt this way. But isn’t this missing the point? According to Nielsen, the two discounters now account for a combined 12.3% of the UK grocery market, a figure which has been on an ever upward trajectory for years. Do they need a relationship with their shoppers when they seem to have the ability to get it right, in terms of persuading shoppers to change from a loyalty points giving supermarket to a discounter?

Vulnerability
The inability to build rewarding and reciprocal relationships with their customers show a potential long term vulnerability for the two challenger brands, warns ICLP, and this is something Lidl is clearly working on, using its ‘My Lidl’ loyalty programme.

Thanks to Tesco’s Clubcard and Sainsbury’s Nectar reward programmes, shoppers at these supermarkets felt that their repeat custom was being recognised and rewarded, although both are still falling short of building deeply devoted relationships, and hence are still losing customers to their discounter rivals.

Nonetheless, 71% of Brits who named a supermarket in ICLP’s survey still believe that their loyalty is not being rewarded by their selected retailer including market leaders Sainsbury’s and Tesco.

Meanwhile, a total lack of reward programmes at Aldi have meant that only 1 in 4 of their shoppers said that they felt valued and not just like another customer, while Lidl’s relatively new ‘My Lidl’ programme is yet to shift consumer opinions when it comes to loyalty. Good point, but personally, I don’t feel that Tesco and Sainsbury’s make me feel particularly special either. All could do better.

“UK shoppers want their supermarkets to reward them better and to make them feel like individuals, not just like everyone else. To keep customers coming back, supermarkets need to put in place loyalty programmes that use personal data to deliver bespoke rewards, recognition, and money-can’t-buy experiences. Across the sector, supermarkets have a huge opportunity to build truly devoted relationships with their shoppers by rethinking their reward programmes and go beyond simple points collecting,” said Jason de Winne, general manager at ICLP. Yes we agree with that.

But don’t expect to win the loyalty of customers with a reward level that is so low it is insulting. Every relationship is a two way street.

The research in more detail
As part of the research, ICLP asked shoppers questions in order to ascertain how they felt about the relationships they had with particular brands that they considered to be their preferred retailers. The results demonstrated that:

· Reward programmes are falling short across the board: 71% of Brits do not feel that their loyalty is rewarded by their named supermarket. Tesco was revealed as the top supermarket in ICLP’s research, with 37% saying that they felt that their custom and loyalty was rewarded, closely followed by 34% at Sainsbury’s. This figure dropped to 9% for Aldi and 16% for Lidl.

· Supermarkets are not making the most of personal data: Only 1 in 4 Brits believe that they get something back when they share their personal information with their preferred supermarket brand. Consumers’ trust in protecting personal data varied across the supermarket sector. 52% of Sainsbury’s shoppers and 35% of Tesco shoppers said that their personal information was treated with respect and that they benefited from sharing it with them, compared to 26% of Aldi shoppers, and 20% of Lidl shoppers.

· Trust in discounts and offers is low: Only 1 in 3 UK shoppers believe that their preferred retailer is always honest in the way that they discount their products. Aldi and Lidl were the most trusted supermarkets, with 63% and 52% of their shoppers respectively saying that they were honest in their discounts.