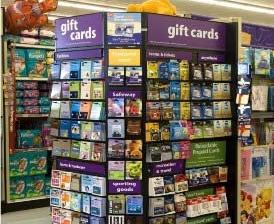 Following a turbulent year for the UK economy, the latest sales data from the trade body representing the gift card and voucher market in the UK a more positive outlook as sales of gift cards and vouchers showed growth in Q4 2009 during the sector’s busiest period.

Compiled as part of The British Retail Consortium’s full sales data report on the retail sector, members of The UKGCVA, which include leading high street retailers, department stores, supermarkets, online retailers, B2B agencies and industry service providers, submitted their data for sales of gift card and voucher products to form what is the most authoritative financial overview of the industry today.

Overall for Q4 2009, sales of gift cards and vouchers grew by 3.7 per cent with pronounced Christmas sales when compared to the same period in 2008. This growth was largely underpinned by sales to the consumer market, which, alone, grew by 4.1 per cent, comparing favourably with growth of the wider retail sector at 3.3 per cent.

Direct sales to the customer grew by 5.8 per cent and this remains the most popular channel. Online purchases were up by 27 per cent for Q4 and sales via gift card centres, where multiple brands can be found in one display within a host store, doubled.

The business-to-business sector, where gift cards and vouchers are commonly used as corporate gifts, rewards and incentives, performed well, experiencing growth of 2.8 per cent. One significant area of growth within the B2B sector was the gains of open loop gift cards with sales up by 70 per cent, year-on-year.

Andrew Johnson, Director-General of The UKGCVA, commented: “The market growth for the gift card and voucher sector in 2009 is very pleasing after what was a very difficult year for business right across the board. While growth in the B2B sector has slowed, which may be down to the adoption of a more modest approach from businesses acting cautious in the face of a recession, it is the impressive consumer sales growth that offers a more accurate insight into the British public’s continued desire for gift cards and vouchers.

“Based on these final quarter sales figures”, continued Andrew, “more people will have received a voucher or a gift card from friends, family and colleagues over the 2009 Christmas period than ever before, which is testament to their popularity and suitability as gifts. The development of prepaid cards and also the vast range of gifts that vouchers can now be redeemed against means that they will continue to cater for a diverse range of needs across both the B2B and consumer sectors.”