CRM spend weathering the storm
CRM expenditure in Europe is weathering the economic downturn better than many other enterprise software applications, according to Gartner. 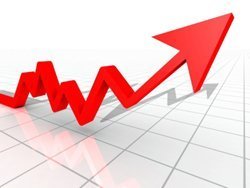 The analyst predicts that CRM software revenues in Europe will remain flat in 2010, exhibiting a 0.7% growth from last year.

“Last year the recession had less of an impact on CRM software than on other software segments,” said Chris Pang, principle research analyst at Gartner. “With a slight improvement in CRM software revenues expected this year, respondents still remain cautious about their CRM investments with 45 per cent not planning to select new CRM technologies in 2010, up 5 per cent from 2008.

In the third quarter of 2009, Gartner surveyed 302 European business and IT professionals who influence the CRM strategy in their organisation to gain insight into their CRM plans for 2010. “In terms of growth opportunity in the market, SaaS solutions, e-commerce and CRM analytics will continue to see strong demand in 2010,” Pang said.

The survey respondents reported on their primary objectives for their CRM initiatives in 2010. The survey uncovered significant changes in the top three rankings from 2009 and saw the appearance of acquiring new customers as the number two objective for 2010.

“In last year’s survey it was ranked sixth in order of priority, and its appearance indicates that organisations now believe they should be finding new customers instead of focusing their efforts purely on existing customers,” said Pang. “Growth is very hard to achieve without net new customers. Customer satisfaction moved to the top objective in 2010, previously ranked No. 2, while enhancing cross-sell and upsell of products and services moved down to No. 3 priority for 2010.”

“Overall CRM investments are subject to heightened levels of scrutiny and executive-level involvement, and as a result, we are seeing an increasing need for support and guidance in measuring and assessing the business value and return on investment of CRM.
However, we foresee the CRM software market returning to single-digit growth in 2010,” said Pang.