LoginSearch
You are here: Home / News / Coalition Schemes / Customers turn to loyalty to beat the recession

Customers turn to loyalty to beat the recession
Consumers are using retail loyalty schemes to buy groceries and pay off their credit cards rather than claim free overseas flights or hotel accommodation. 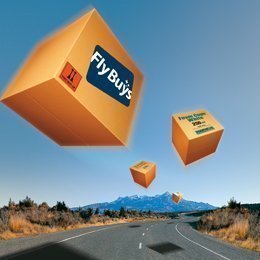 Phil Hawkins, general manager of Australian coalition loyalty scheme FlyBuys, said that the level of redemptions for credit card repayments and shopping vouchers hit a record peak of 82% in the five-month period from January to May this year.

As consumers cut back on expenditure, they are turning away from traditional loyalty scheme rewards such as flights and accommodation, Hawkins said.

“We are in a recession and people are cutting back on extravagances such as flights and holidays,” Willink said.

“However, they are still accumulating points and with some schemes those points have a use-by date. It seems obvious that they would redeem their points for merchant vouchers rather than leave the points lying idle.

“Certainly, in times of need, it’s far more useful for some consumers to utilise points for basic items rather than luxuries such as travel.”

Reward schemes are increasing in popularity but the Reserve Bank’s recent study, Price Incentives and Consumer Payment Behaviour, revealed that credit card loyalty schemes are significantly more expensive and less rewarding than they were six years ago.

Fees for loyalty scheme credit cards have increased by 40% and consumers must spend up to one-third more to redeem rewards.