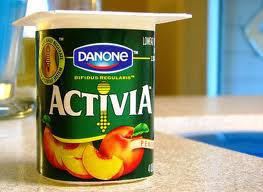 Food manufacturing giant Danone is putting QR codes on all its products in Spain to encourage them to sign up for its loyalty programme in the country.

Danone says the initiative will help it to engage mobile customers more effectively, and it has launched a dedicated smartphone app to make it easier to sign up and scan the codes for the scheme, which offers a range of discounts.

Two million people have already registered for its Spanish loyalty scheme by scanning the QR codes that are available to them. To engage an even larger number of consumers, the company plans to produce over 60 million unique QR codes every month.

Director of marketing Juanjo Sáez-Torres commented: “We want to help our consumers in these challenging times and new mobile technology provides us with the opportunity to help consumers make savings both quickly and conveniently.”

Danone claims the initiative is one of the largest QR code campaigns in the world and it has invested over US$1m in the project so far.

According to the Instituto Superior para el Desarrollo de Internet, Spain has the second-highest level of smartphone penetration level in Europe with mobile users downloading over 2.7 million apps per day.