Direct mailers ignoring the 16-24 year olds
Companies that fail to target 16 to 24 year olds through the post could be missing out on valuable sales. This is according to research and exclusive video diaries on www.mmc.co.uk 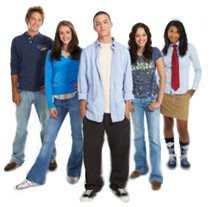 The majority receives less than one piece of branded direct mail through the post a week yet research shows that 90 per cent open all their post and the age group is the most responsive to such campaigns, with 71 per cent having acted on the mail they have received.

A video diary at www.mmc.co.uk gives valuable insight into how this audience treats the mail that lands through their letterbox

www.mmc.co.uk is the Royal Mail’s new industry resource which it says will provide intelligence, inspiration and innovation for marketers and help them make the most of direct mail in their integrated marketing campaigns.

Further research from BMRB (TGI), looking at 16 to 24 year olds interaction with mail, also on www.mmc.co.uk, revealed:
• 47 per cent made a purchase as a result of receiving direct mail
• 13 per cent tried a new product or service
• 30 per cent redeemed a coupon
• 24 per cent visited a store as a direct result of the mailing
• 14 per cent paid more attention to an advertisement for the product or service as a result of receiving the mailing

Traditionally, 16-24 year olds are considered to be strongly influenced by digital media but the survey revealed that high mail media responders within this age group were 31 per cent more open to trialling new brands than high internet users within this group.

Additionally, mail was found to be the most effective channel amongst 16-24 year olds to generate word of mouth activity. Outdoor followed by newspapers were the next most effective media at driving WOM. High DM responders in this group are also 19 per cent more likely than average to be active and impulsive consumers.

Antony Miller, Head of Media Development at Royal Mail, said: “The lure of the letterbox is something special for the 16 to 24 year old age group. One respondent within the video diary on www.mmc.co.uk said that ‘it’s like getting a present’.

“The research clearly shows that advertisers are missing a trick with this valuable audience as they currently have low exposure to the channel but are also high respondents. There is a wealth of opportunity here for brands wanting to target this hard to reach and media savvy audience in a way that really appeals and engages.”

Previous Post: « Chaotics: the business of managing and marketing in the age of turbulence
Next Post: PayPal is France’s second most popular online payment after Visa »