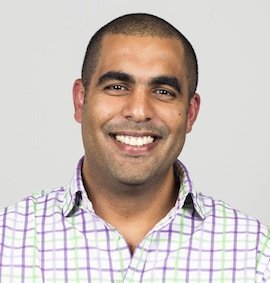 The UK digital offers, vouchers and rewards company said the appointment builds on the momentum generated from the recent contract award from Asda and the success of the Coke Zero campaign.

Abeed brings a track record of working with top brands to expand their revenue streams as well as facilitating the commercial utilisation of transactional data.

Starting in 2000 as a special projects manager at Intertek, he moved on to work as an energy broker. He then joined Cricinfo in a sales capacity where he developed the commercial side of the business and helped the company move into new markets; ultimately resulting in them being bought by US based company ESPN, who he later joined.

Following this, Abeed joined US based advertising technology giant, Radium One where he established a European presence for the company.

Phillip Blundell, CEO of Eagle Eye, commented on the appointment: “At an exciting time of growth, he brings a fresh perspective and years of building high performance sales teams and with expansion of our business into the FMCG sector; we will be relying on his guidance.”

Eagle Eye says it will be announcing a series of high-profile home brand and retail partnerships in the coming months.