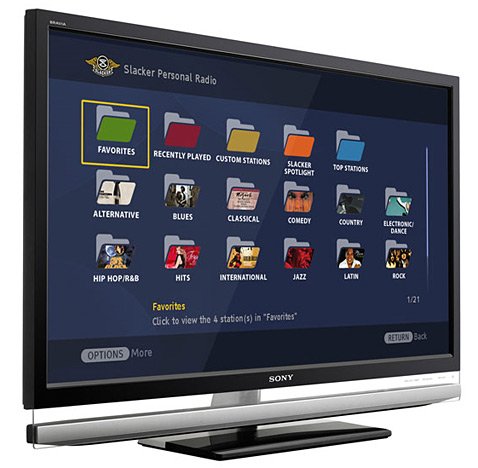 Sony is aiming to build brand loyalty with a new online service that will connect the whole range of the electronic giant’s devices to downloads of content such as movies and games.

Executive VP Kazuo Hirai said the service demosntrates an advantage that Sony has over rivals like Samsung Electronic. and other manufacturers that do not produce their own content. Sony’s product range includes gaming, electronics, movies and music.

The online service will include games, movie downloads and other interactive entertainment, which will be accessible on Sony products, such as Bravia TVs, Cyber-shot digital cameras and Reader electronic books.

Hirai added that Sony already offers streaming video, comic delivery and a news service, but could expand into any of the gamut of services available for personal computers, such as fitness and financial services.

The comp any is targeting annual sales of 300bn yen (US$3.4bn) from its networked services businesses and 350 million network-connected products by the fiscal year ending March 2013.

Sony’s service for PlayStation 3 video game machines, which began three years ago, has attracted 33 million users. The new service will be expanded to other Sony products.

CEO Howard Stringer said that network services is a major area where Sony hopes to grow, as well as 3-D TVs, new displays, electronic books and batteries for cars.

The company has been hit by the economic downturn and declining demand for its products and expects to post its second successive annual loss in March 2010.