Evidence-based marketing – myth or reality?
Apparently a Facebook ‘Like’ is worth £7. Isn’t that brilliant? If you have a hundred thousand followers that makes your social media strategy absolutely rocking news. The question is, says Felix Velarde of digital CRM agency Underwired, how many of you really believe it? 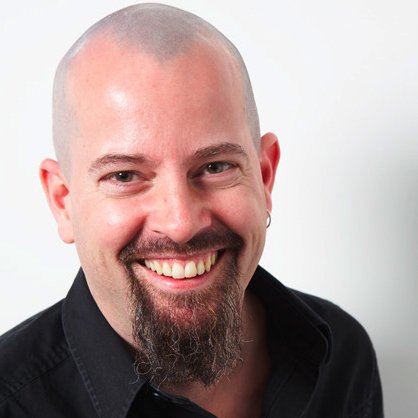 We ran a campaign for an FMCG client a while ago, in which we emailed a segment in the customer database using very specific messaging – it was relevant, timely and well-designed. The click-through rate (CTR) of 88% was staggering in anyone’s book. I’d like to say every campaign we run gets that kind of result, but occasionally we crash and burn too. Anyway, wow, what a great result. But what does it mean?

The digital marketing industry seems to be founded on metrics and key performance indicators (KPIs) of variable – if not downright dubious – quality. If you judge any of the industry awards you will know that half the entries benchmark against industry standards which in a lot of cases appear to have been made up on the spot: “Campaign X achieved a CTR of 12.3%, beating the industry standard 8% and therefore deserving of a Gold.”

This is where I have the first of my issues: even if there *is* an industry standard click-through rate, does it really apply to your campaign? Our campaign got an 88% CTR because it was highly targeted to a known audience expecting the email with a fantastic proposition. If it had achieved 12.3% or even 24.6% it would have been a failure. The truth is that no matter what the CTR is, one thing it is not is evidence of anything that isn’t either subjective (“I say, that’s awfully good isn’t it?”) or comparative (“Blimey, did much better than last time!”).

The second of my issues is that all these benchmarks aren’t evidence of sales. And hard revenue really is the only figure that ever matters (and before you ask about brand consideration or sentiment, these are both abstractions of sales – higher brand consideration may imply higher resulting sales, though you’d have to test it to find out if it’s really useful). So what is the *evidence* behind the assertion of success? How do you track from the planning phase through the campaign, to the reality of the effect on sales?

Well, it’s pretty easy in e-commerce. Straight-through processing (which is what the financial industry calls tracking the customer from first contact to order) in digital is quite simple these days. Ad tracking (display, affiliate, PPC and natural SEO) is relatively easily linked to website analytics, thence to email service providers (ESP), back to websites and even passing through couponing and promotion systems. It’s been done plenty of times by the big brands, and even small brands can buy integrated services. So if you’re an online retailer it’s pretty straightforward.

If you’re an FMCG brand you can still do it, although you may need to be a little more sophisticated about it. For example, this might mean matching your customer segments to commercially available purchase data and running regular surveys to track buying patterns in your base and cross-checking them against buying behaviour. If you’re a retailer you can find mechanisms to collect customer data and purchase behaviour at Point of Sale and match this data back to the single customer view.

The trick here is to get real data about whether your campaign actually worked, as opposed to seeing floating KPIs that may or may not indicate the same thing – but which provide no scientific basis for decision-making. How many times have you seen “successful” campaigns stopped? There’s a simple reason: there was no evidence to show they generated a profit. If there had been and they had produced £26 for every £1 spent, nobody in their right mind would stop them. Evidence is critical. Myth or reality? Evidence-based marketing is the only thing you should be *allowed* to do!