Expectations beaten for Morrisons Match & More
Customer feedback positive
It wasn’t enough to save the CEO, but sign-ups for the Morrisons new loyalty programme are “ahead of our expectations” according to its latest trading statement.

With Christmas sales down 3.1% CEO Dalton Philips (right) had to take the rap for beginning too late a strategy of price cuts and, through its loyalty programme, of comparing prices and connecting with customers. 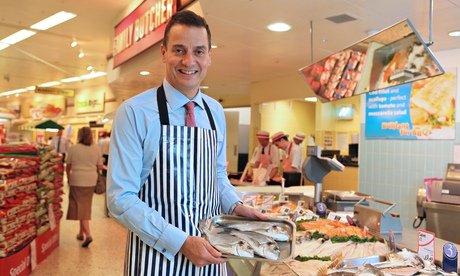 No one has criticised the strategy, just the tardy timing.

Customer feedback for the loyalty initiative is said by Morrisons to have been ‘excellent.’

The company’s three-year cost saving and cash flow targets remain on track. The online business delivered its millionth order on the first anniversary of its launch. Morrisons has proposed closing ten loss-making stores during 2015. The company continues to expect the 2014/15 underlying profit before tax to be in the range £335m-£365m, after £65m of new business development costs and £70m of one-off costs.

Match & More, the name of the Morrisons loyalty card, matches prices at Aldi, as well as the traditional supermarkets. If a comparable grocery shop can be bought cheaper at any of these retailers, then a shopper will get the difference paid back in points onto a loyalty card. 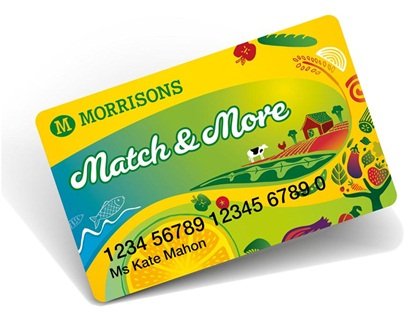 Shoppers get 10 points for every 1p that their basket would be cheaper elsewhere. When 5,000 points are accrued, a voucher  will automatically be printed for £5.

As well as points from the price-matching, shoppers can also add points by purchasing certain promoted items in-store. They can also add 10 points forevery litre of fuel bought at a Morrisons forecourt.

The scheme is powered by pricing experts Profitero and is currently considered to be the most sophisticated and wide ranging price comparison scheme in the marketplace. Shoppers can redeem their vouchers for 12 months after being printed.