Facebook launches virtual currency in UK
It used to be simply the place where kids posted their photos and interacted with friends. Now Facebook has announced the UK launch of its virtual currency “Facebook Credits”, turning it into a quasi bank. 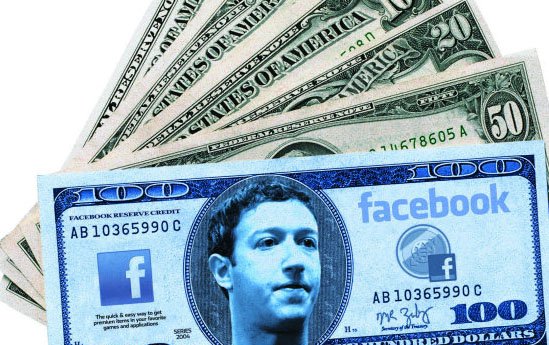 Adding respectability to the venture, from this week, gift cards for the new currency will be sold in Tesco and Game shops.

Currently, Facebook Credits can only be used to buy virtual objects, for instance in online games. In addition, they can also be earned through some applications in the same manner as frequent flyer miles or loyalty reward points.

More than 200 apps and games currently accept Credits, and 22 of the 25 Facebook apps use them.

Over 50% of Facebook online games have adopted the currency, including Farmville, the most popular game on Facebook.

Deborah Liu, manager of product marketing for Facebook Credits and games at Facebook, said that although Credits could currently only be spent on Facebook.com itself, their reach could expand beyond the main site using Facebook Connect, which allows users to login to other sites with their Facebook ID.

“Someday it’s something that we would consider,” she said, “but there’s a lot that we want to do on Facebook.com for now.”

Using major retailers such as Game, Tesco and others in the future is also intended to give small developers who choose to use Credits a wider reach into a new source of income, she added.

Euan Ballantyne, head of cards at Tesco Bank, said: “We now offer a range of gift cards and social gaming is becoming increasingly popular, so we are pleased to offer what might be an ideal Christmas present.”

The “digital goods economy”  generates hundreds of millions of pounds per year. In the US and UK, it is focused on digital gifts as well as screensavers. In other countries, however, user can sometimes also exchange their virtual currency for real money.