LoginSearch
You are here: Home / News / Customer Insight / Four types of consumers emerge from the recession

Four types of consumers emerge from the recession
The Great Recession has redrawn the American consumer map into four groups, according to a new report from market research company Decitica. 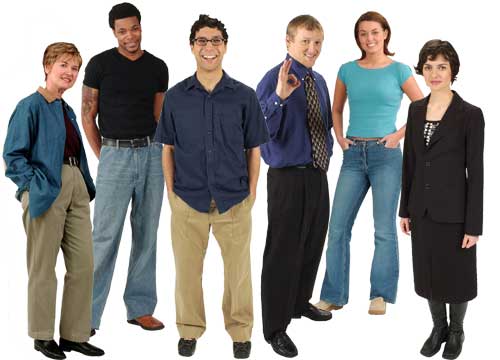 The study, entitled “Marketing to the Post-Recession Consumers,” examines the differences in how consumers have responded to the recession.

The new cosnumer categories were derived by analyzing the frequency, satisfaction and the self-efficacy associated with a variety of spending, purchase and consumption behaviors.

Need for a New Lens
Dr. Val Srinivas, principal at Decitica, said the research “decisively shows that marketers need a fresh lens through which to view consumers in the post-recession world.”  He added, “Marketing strategies that ignore the diversity of consumers’ recession experiences won’t have the desired potency.”

“Marketers will find this group to be the most challenging, as they are the least brand loyal and most likely to discount marketing messages,” said Dr. Srinivas.

Eighty-percent of Steadfast Frugalists say the new behaviors they have adopted will likely stay with them for a long time.  This is in contrast to twenty-four percent of Apathetic Materialists who feel this way.

This segment has been forced to embrace thrift like never before.  Presently, their actual behaviors do not differ widely from those of Steadfast Frugalists. Where they drastically diverge is in their aversion to expending effort in money-saving strategies.  Only seventeen percent find buying store or generic labels to be satisfying, compared to fifty-nine percent of Steadfast Frugalists.

Pragmatic Spenders
“Pragmatic Spenders are the most attractive group for marketers because of their higher spending power,” says Dr. Srinivas.  “While it is true that they have also curbed their spending, they are the most capable, both psychologically and financially, to willfully resurrect their past spending patterns,” he added.  This group comprises twenty-nine percent of consumers.

Income has blunted the effects of the recession on this segment.  Only twenty-eight percent of Pragmatic Spenders feel the recession has changed what and how they will buy in the future, compared to fifty-five percent of Steadfast Frugalists.

Apathetic Materialists
Apathetic Materialists seem least changed by the recession.  They have not embraced the new frugality to the same extent as others and get minimal satisfaction from such behaviors.  Only about six percent in this group find price comparison to be satisfying, in contrast to eighty-five percent in the Steadfast Frugalists camp.

The Apathetic Materialists segment has more men (fifty-five percent) and younger consumers (seventy-two percent are below the age of forty).   They are the least driven by price: only eight percent admit to being very focused on value compared to thirty percent of Pragmatic Spenders and fifty-two percent of Involuntary Penny-Pinchers.

Decitica engaged OTX Research to conduct the survey online between August 5-12, 2009 among a sample of 1,055 individuals spanning various income and age groups.