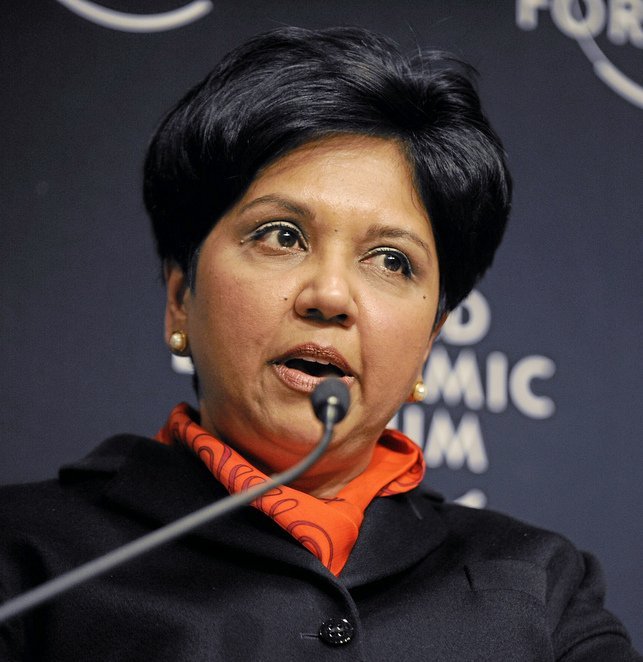 Pepsi isn’t exactly front-of-mind when one thinks of products that are good for us.

The sugary drink that has been competing with Coke Cola during our lifetimes is synonymous with bad teeth, fast food, obesity and diabetes.

But for the last ten years, Pepsi has been reinventing itself to be a green and good company. Interestingly, its sugary brown drink (that incidentally now contains far less sugar than previously) accounts for just 12% of 2015 revenue.

CEO and chairman Indra Nooyi (right) explained: “Ten years ago, as my colleagues and I were thinking about the future of our company, we saw some major changes on the horizon.

“People were increasingly looking for healthier foods. Environmental issues like water scarcity and climate change were threatening ecosystems, livelihoods, and economies around the world. And the competition for the next generation of talent was becoming more intense than ever.

“We had a choice to make. Continue with business as usual. Or fundamentally transform our business, turning obstacles into opportunities. We chose the latter approach, and it has propelled our company forward ever since.

“The management called the approach Performance with Purpose.  The goal was to deliver strong long-term financial returns in a way that is sensitive to the needs of the world around us, while galvanising our entire company to embrace a deeper sense of meaning in our work.

“From the start, we knew this wouldn’t be easy,” said Nooyi. “We knew it wouldn’t happen overnight. We knew it would take a willingness to overcome the doubts of those who said it couldn’t or shouldn’t be done.

So what have they done so far?
“We’re cutting added sugar, salt and saturated fat levels in many of our products, while expanding our lineup of nutritious foods and beverages. Some people are surprised to learn that our beloved Pepsi-Cola trademark accounted for just 12% of our 2015 revenue, while our nutrition brands, low calorie beverages and healthier snacks accounted for roughly 45% during the same period.”

Nooyi says significantly improving water and our energy efficiency, reducing packaging materials and waste, and promoting sustainable agricultural practices around the world has helped the planet  – and also saved PepsiCo more than $600 million over the past five years.

“We have done all of this while delivering strong financial performance,” said Nooyi. “Over the past ten years, we have nearly doubled our net revenue and delivered total shareholder return of 142% – outperforming the S&P 500. Simply put, we aren’t just changing the way we spend money. We’re changing the way we make it, but there is still much to do and the challenges facing our world have only grown more urgent.”

So Pepsi is recommitting to Performance with Purpose and upgrading its goals for the next ten years which cover products, planet and people.

“Our new goals represent the fundamental belief that the success of any business is inextricably linked to the sustainability of the world around us. Ten years into our Performance with Purpose journey, it has become even clearer to me that this is the only way to run a successful global corporation in the 21st Century.

“My hope is that over the next decade, more companies around the world will adopt this approach. And that together, we can usher in a new way of doing business, where we advance the interests of companies and society together, and where corporations are focused on making not just a profit, but a difference in the world.”

Do you have an initiative that should be entered in the CSR category of The Loyalty Magazine Awards? Download the Call for Entries here and visit www.theloyaltymagazineawards.com for more information.