Loyalty came late to France as a payment card marketing tool. It wasn’t until October 2007 that even co-branded cards were allowed. This ban by the French banks enabled them to keep tight control of their payments business – until EU rules forced a change. Now everything is different.

Companies such as Cofinoga and BNP Paribas, which had built major businesses in the closed loop retail sector, were not able to offer cards with wider acceptance until the rule change of 2007.

Today, supermarkets including Carrefour, Auchan and Intermarche and many other organisations are issuing cards, and the market has become much more “fidelité” focussed, with many towns and regions co-branding to offer their own affinity payment card.

While French banks have resisted retail competition, they have been early adopters of new technology. The “carte  puce” (smart card) was launched first on French soil, and today there are strong initiatives to launch contactless cards and  NFC payments on mobile phones. 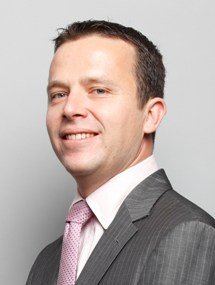 Sebastien Slim (left), a Frenchman working for Welcome Realtime, the instant rewards company,  as VP of global pre-sales and VP of product marketing commented: “Five to ten years ago, all the cards from all the banks were blue and acquired from Carte Bancaire. Then everything changed. Until then, there was no way to differentiate oneself, even the card design was heavily controlled and it was not possible for new players to enter the market because of onerous fees for outsiders. Today we are allowed co-branding, but in France, things are still different. There are a lot of rules.”

Competition
Slim thinks that the SEPA (Single European Payments Area) framework will help because it calls for a competitive marketplace that allows, and even encourages, new players into the market. He points to ING Bank, which is interested in launching a new product in the French market. It seems a long time since Egg tried to do the same thing, launching with a blaze of publicity, but retiring hurt 18 months later, complaining about unfair business practices.

Slim says there has been a big boom in issuers introducing “relevant communications” with cardholders as a way to differentiate themselves. He explained: “Issuers are aiming to communicate to specific segments, for example ING is launching a gold MasterCard with added services such as transferring a balance for free, or managing money on the web for free. Previously everyone was paying the same amount a month for a card, but now this is a competitive area too.”

Slim explained that under EU rules, banks now have to send customers a document outlining all prices that are charged, to ensure transparent pricing. This he says, is breaking up the French card market, because competitive products are more obvious.

Launching into the French market is particularly difficult because French people tend to only have one payment card (called a credit card, but with the balance paid off in full each month) and this is linked to their bank account, which is very rarely changed during a consumer’s lifetime.

Differentiation
Said Slim: “The new generation may be the one prepared to use multiple cards, so we see the need for banks to differentiate themselves, because this process has now started. There are new people coming into the market, and they too will need to differentiate, and it is likely they will do this with loyalty rewards, or with lower charges.”

Understandably Slim is particularly enthusiastic about offering a loyalty programme on payments cards, and gives as an example the ONEY card, which is an Auchan subsidiary belonging to Banque Accor. It is aimed primarily at organisations wanting to offer payment solutions on the internet and offers loyalty rewards as an incentive. It is promoted on their website (http://www.oney.fr/fr/public/oney/accueil.html) as a card that people can request “without having to change their bank account”. In this way they recognise the French resistance to mess with long established practices, but are suggesting to the new generation of internet savvy young customers, that there are different ways to run their lives to  those used by their parents.

Commented Slim: “The changes will happen through credit companies, not traditional banks. It has started with BNP Paribas and with Cetelem.”

Slim pointed out that the Turkey model was also being used by some French issuers, which allows instalment payments, where the first purchase is done without the card. An example of this is Ag Bank in Turkey and their Access programme. He also believes there will be a number of issuers offering cash back loyalty programmes, such as that offered by Welcome Realtime’s system.

He commented: “Promotions at the point of sale are very popular with both merchants and customers, because the merchant focus can be enhanced with offers such as a reward for when a consumer shops five times a month). The cardholder instantly sees the benefit of the scheme and of shopping at that particular retailer. It is also powerful because it enables the retailer to learn about the customer.

“What we see in the banking market,” predicted Slim, is that they are starting to analyse who the customer is and how they are spending their money. Amex is a good example of this, because they send marketing messages specific to the customer. We will see a great deal more of this in France in the coming year.”

Cross channel profiles
Welcome Realtime is heavily developing systems for card issuers to see the whole customer profile in a single view, across the entire relationship with the bank. Slim said: “Five years ago, there were no internet payments, but today this is a very important part of the customer profile, so we needed to develop the capability to include this in our customer picture.” He added that there is also a need to encompass mobile and contactless payments into this profile of the customer.

Mobile functionality
The increased popularity of smart phones, and the subsequent ability to process payments, communicate in real-time, and add other types of functionalities or applications has led Slim to the conclusion that mobile payments will be a big trend for 2010.  He thinks that the developments in this area will be primarily driven by consumer demand, which will force merchants and banks to meet the technology challenges in order to retain customers. He said: “It is important to recognise the customer across channels and to understand their behaviour.” He says he is starting to see an uptake of users accessing sales receipts on mobile devices and believes this will quickly increase. “The mobile will be the method of choice for consumers to get all the information they need around a loyalty account or programme, as well as discounts and rewards in addition to payment and account information.

Mobile technology will also enable them to look for local merchants participating in the scheme (displayed with a Google map using the GPS capabilities of the phone) and to access in real-time the latest promotions that they are running. Slim believes that geo-localisation is a key feature within mobile loyalty programmes, as it gives merchants in-depth knowledge around each customer and allows them to determine who the best customers are when they enter the shop and reward them accordingly with personalised incentives based on their spending habits.

The Carte Duo app
The prototype digital “Carte Duo” loyalty card for mobile phones, is now being tested at several Chapitre.com bookstores and branches of the French club France Loisirs. The special application for mobiles makes it possible, among other things, to check one’s points status anytime and anywhere, or to obtain product information while shopping. Shoppers no longer need to produce their customer card at the checkout – the app allows them to simply scan their mobile phone at a special terminal to get bonus points etc.

DirectGroup France hopes the new system – which doesn’t yet work with all mobile phones – will result in stronger and more personal interactions with their customers, leading to improved customer loyalty.

INSIDE, Adelya team to bring loyalty cards to mobile phones
INSIDE Contactless, a French manufacturer of contactless chip technologies, has launched a partnership with Adelya, a software-as-a-service company specializing in contactless and mobile loyalty and relationship programs, to enable consumers to conduct retail loyalty, ticketing, ID and other transactions using the phones they already have.

INSIDE is providing Adelya with the technology to transform mobile phones into contactless loyalty cards using PicoPass contactless stickers that have already been deployed throughout France to customers of Tape à l’oeil, a children’s clothing retailer.
As a technology partner with Adelya, INSIDE is also providing its Accesso USB desktop contactless readers to offer contactless capabilities for Adelya’s integrated Loyalty Operator Platform. Tape à l’oeil deployed the Adelya solution earlier this year in 130 outlets across France.