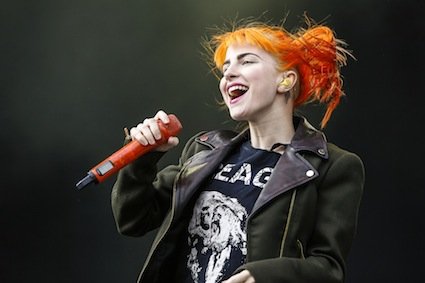 The partnership will see Hilton become the Official Hotel Partner of concert and ticketing giant Live Nation, which was previously partnered with the Starwood Hotels Group for six years and hosts 23,000 live events annually.

The partnership is aimed at offering an escape to overworked professionals. Members of HHonors, guests and team members will be encouraged to “play” through experiences such as unique artist connections as well as sought-after concert tickets and private hotel concert events.

US band Paramore (pictured) will headline the first of a global series of musical events at Hilton hotels with a concert in New York on February 23.

Hilton HHonors members will also be invited to redeem their loyalty points and bid on exclusive play experiences such as sound checks and ‘meet & greets’ with popular artists.

Additionally, Hilton will receive access to unique content from hotel concert events and select artist connections, a digital media plan on LiveNation.com and Ticketmaster.com and “Where to Stay” booking links integrated on venue pages on both websites worldwide.

“Around the world, people simply are not taking time off from work to play,” said Jeff Diskin, executive VP, commercial services, Hilton Worldwide. “Hilton at Play is our response: it’s a cultural catalyst for change and a reminder of the power of travel.”

As part of the agreement Hilton will host Live Nation concert-goers, employees and touring productions during their travels at the company’s 12 global brands at more than 4,250 hotels in 93 countries. Artists who are performing and Live Nation executives will get reduced rates.