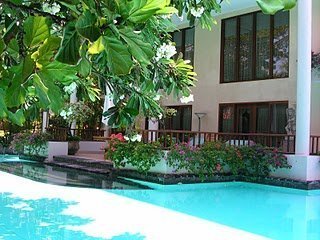 Starwood Hotels is reported to be running a secret loyalty programme that targets its own best customers plus those of its biggest rivals Marriott, Hyatt and Hilton.

USA Today reported that Starwood quietly launched the pilot programme in late 2009 after inviting “thousands” of consumers to participate.

The scheme is being run separately from Starwood Preferred Guest (SPG), the company’s main loyalty programme for travellers who earn status by regular stays at Sheraton, Westin, Aloft and other chains. The bypassing of SPG indicates Starwood may be exploring new ways to identify prime customers based on other factors besides frequency of stays.

Mark Vondrasek, Starwood’s senior VP of interactive and loyalty marketing, told USA Today at Starwood has invited “several thousand” travellers to test the programme. “We looked at factors beyond just frequency, which is the key measure in traditional hotel loyalty programs,” he said. “For instance, we evaluated factors including guest’s profitability, their lifetime growth potential and their ability to influence travel by others. We even targeted some travelers who were loyal not to Starwood, but to our competitors.”

He added that the programme’s aim is to “create compelling and individually tailored experiences” for high-value guests, he said. Among the perks: Participants are given a single point of contact with a Starwood Ambassador, whose job it is to make participants’ lives easier. He declined to reveal details about perks or services.

Since the initiative’s launch last year, Starwood has seen “meaningful results,” said Vondrasek. The hotel chain is expanding the programme to include more international travelers this year, he said.

Other hotel chains apart from Starwood are also targeting members of their rivals’ loyalty schemes. In February InterContinental Hotels Group started a campaign for its Priority Club Rewards that drew attention to recent changes to competitor Hilton’s HHonors loyalty program. That campaign used direct mail, e-mail and internet marketing to members of both programmes.