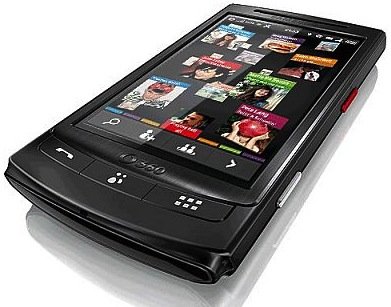 UK-based Proxama will retain the Hypertag brand in the deal as well as incorporating members of Hypertag’s senior management team and key staff into the new set-up.

Hypertag will become a division of Proxama to focus on delivering proximity marketing campaigns for the latter’s customers who include Nokia, Ford, O2 and BP. The link-up with Proxama means it will now also be able to add NFC technology to its Bluetooth marketing and Wi-Fi propositions.

The Proxama brand will lead on the creation of technology services for NFC applications including contactless payments and ticketing. Proxama has been working with brands such as Nokia, MasterCard, BT, Tesco and Virgin on creating NFC applications ready for launch when mass market handsets emerge.

Neil Garner will hold overall responsibility for the group. Jonathan Morgan, currently MD of Hypertag, will join Proxama with immediate effect and will be responsible for integrating the two businesses, providing continuity for existing Hypertag customers.

Jonathan Morgan, MD of Hypertag, commented: “We originally founded Hypertag in 2001 to exploit NFC technology because of its payment capabilities. However, due to the time it has taken for NFC to reach critical mass we adopted other technologies like Bluetooth and Wi-Fi. Now that NFC is about to take-off in a big way, the deal with Proxama to bring all the technology under one roof is a timely and sensible one.”

Neil Garner, CEO of Proxama, added: “Mobile is truly coming of age this year so I am delighted that we have secured a deal that will create the world’s leading proximity marketing specialist. Both companies have a track record of success in using mobile technology to revolutionise marketing campaigns and provide a greater return on investment for brands. With the growth of mobile uptake, NFC usage and the switching of advertising revenues away from traditional media we are perfectly placed to exploit the demand for ‘hyper-local’ marketing communications.”

He added: “Hypertag will build its proposition as the leader in its field for embracing Bluetooth and now NFC technology to create much greater customer engagement and measurement for marketers.”

Garner said that Proxama will continue to develop technology for contactless payments and ticketing on mobile phones, as well as promoting the take-up of NFC applications.