LoginSearch
You are here: Home / Features / Brands / If loyalty is a dead currency, we need to foster love

If loyalty is a dead currency, we need to foster love
Saatchi and Saatchi boss Richard Hytner talks about lovemarks, positive messages, employee engagement and loyalty beyond reason 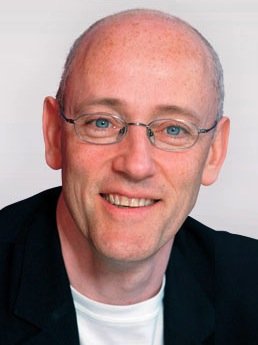 “Loyalty as we have known it is a dead currency” and what we need to foster (of course) is love.
With this statement, Richard Hytner, deputy chairman of Saatchi and Saatchi ensured he had the attention of the audience at a recent loyalty industry conference.

The home truths, he said, are that brands as we know them are dead – lost in a sea of sameness – and that even if we have a good innovation, they are easy to copy, which means there is increasing commoditisation.

The solution is to create a “Lovemark” brand that is so valued, its advocates do the selling for you.

“Lovemark” is a Saatchi and Saatchi initiative, which the agency says was born of its work looking at why some brands are inspirational while others struggle. The www.lovemarks.com website says that “Lovemarks transcend brands. They deliver beyond your expectations of great performance. Like great brands, they sit on top of high levels of  respect – but there t he similarities end.

“Lovemarks reach your heart as well as your mind, creating an intimate, emotional connection that you just can’t live without. Ever.

One of the conundrums about Lovemarks is that they rarely communicate directly with their customers (people would hate it if they did) and to an extent they are a bit distant, but they are what people care about.

But what exactly is that?

1.    A loveable purpose
2.    They stand for something people care about
3.    People need to be connected to a dream and they provide this

Hytner gave the example of Microsoft, which is 83% trusted by customers. Hytner questions whether that trust is driven by the company alone, or by Bill and Melinda Gates’ philanthropy.

Hytner’s advertising agency background comes to the fore with his suggestion that companies need the big strategic thought. They need to get organised, and throw away the messages that people DON’T care about.

For example, the positive message from a pain relief tablet is that it gives you the joy of movement; Pampers (negative message, it collects extreta) , differentiate themselves by pushing the fact that they help the development of babies. This is because a dry baby sleeps better. Pampers also helps babies in the third world, by providing vaccinations.

Employee engagement
While loyalty of customers is probably a lost cause, Hytner suggests that much can be done about the loyalty of employees by involving them in the cause the business is championing. In this way, employees become the champions and advocates of the firm.

It is important, says Hytner, to generate respect at every meeting because if employees are not proud and caring about their employer, they will do terrible things. A well known example of employees ruining your business is the case of United Airlines and what happened on You Tube when baggage handlers broke a bloke’s guitar.

And this is where the love comes in again, because emotion leads to action, and 85% of decision making. Reason simply fills in the conclusions.

JC Penney for example, tells staff to excel in moments that matter – the signature moments.

Virgin Active points out that what really matters at the gym is the shower.

“Loyalty is becoming a very debased concept. It is a difficult currency,” says Hytner. On the internet, it hardly exists at all because everything is so transparent.

Loyalty disbelief
“No-one believes in loyalty schemes and loyalty because they know why we are doing them. The concept of loyalty scheme is not trusted. Customers know you want their data. You have to be honest. Ask yourself, what type of a relatioship do you really have?”

The problem is even bigger when communicating with Generation Y – those either in university or in their twenties and early thirties. These are people who live in a different world already and are cynical about the whole loyalty concept.

“As soon as you tell them it is for life, they are out of here.” Nothing is permanent for them. They don’t have attachments and don’t want them. They are loyal to their friends, not things and companies.”

Conversely, there is no such thing as being disloyal to a brand either. People may choose to change, so make sure they don’t want to. Don’t rely on their feelings of patriotism.

So if loyalty is dead, what is left for the desperate marketer to cling on to?

Hytner suggests trust, while innovation is still obviously important and the two go together.

“We trust people who innovate because we can be confident they will keep us at the forefront of stuff and contemporary. Like Apple for example.”

But don’t assume you know what a customer wants and likes. He may be a Porche driver, but chooses to keep the car in the garage for sunny Sundays, choosing to drive a Zipcar rental during the week in town. Quite soon too, mobile phones will be just an access tool, not the key to customer ownership.

It is the same in sport. People choose their team loyalty very early in their lives, but clubs are very wrong to assume this means loyalty to the club, as the 165,270 people working to get the Glaziers out of Manchester United have proved.

People are watchers until they are given a purpose and an organizing idea, then watch out.

“If you know what people care about, then reward them for that,” said Hytner. “It is not trapping them. People are on to that.

It is a loyalty reward if it gives them a sense of satisfation and delight. It is also a thank you. Most people know what loyalty is about. You can be honest.”

Previous Post: « ‘Vast majority’ of marketers will utilise mobile in 2011
Next Post: Supermarket sued for failing to alert reward cardholders of food recalls »