Instant rewards are winning the loyalty stakes, suggests research
Consumers are no longer prepared to wait for incentives such as cash back and the return from money reward schemes built up on credit cards, instead searching online for voucher codes which ensure instant discounts and money off items. 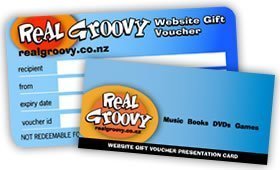 According to research by Granby Marketing Services, 60% of people questioned think an immediate reward is the most important aspect of a promotion, whilst 39% of people would be interested in a price discount. 87% of consumers would switch from their usual brand in favour of a price discount promotion such as discount vouchers.

According to VoucherSeeker director, Neil Ainsworth, consumers no longer want to shop without rewards.

Research by Sainsburys Finance found that two-thirds of UK credit cards now offer cardholders some form of reward in order to encourage spending. Consumers are more aware of the rewards they can get with their credit cards also, especially during times of recession.

The TNS Consumer Credit Card Programme Study found that cash back programmes rose in popularity from 57% in 2007 and 61% in 2008. Not only this, but the cash back reward was the most popular type of rewards programme across all age and affluence ranges in the group studied.

However, Sainsburys Finance also reported that credit card rewards being offered are declining in the UK credit card industry. This could be one reason why consumers are turning to vouchers from online sites.

There are reasons why some consumers do not claim rewards on their credit and loyalty cards. 17% of people questioned in the study stated that the reason for not claiming rewards was that the financial value of the rewards was too small. Although consumers were getting rewards for using their cards, this was not a big enough reward to justify the spending needed to earn them. This accounted for an additional 7% who said they simply could not be bothered. A further 3% of those questioned stated the redemption process takes too long, whilst 4% claimed it was too difficult to redeem rewards earned or that there were great restrictions on the rewards earned.

Granby Marketing Services says the credit card rewards market is reassessing how consumers are offered rewards in order to cater for these needs. Significantly, Barclaycard is launching its instant reward programme with Welcome Realtime shortly.

According to the IMRG Capgemini e-Retail sales Index, for the month of August 2009 alone, UK shoppers spent GBP3.8 billion online. This figure is 16% higher than August 2008 and shows the growing importance of online discount codes and how they fit into the whole purchasing process.

Previous Post: « Coupon web sites more popular with the wealthy
Next Post: “Top Up And Spend” launched in Romania »