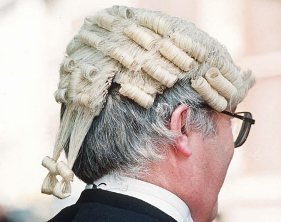 QualitySolicitors, a network of more than 100 lawyers and law firms, said the scheme was a direct response to moves by supermarkets and banks such as the Co-op and Halifax, who have started to offer legal services to customers.

Points earned can be redeemed for discounts on future legal purchases including wills and conveyancing.

In August the Co-op launched a nine-week in-store awareness campaign to promote its legal services business, while Halifax started  its LegalExpress online service in July.

Eddie Ryan, MD of Co-op Legal Services, commented on its new legal service:  “Our 2,000 plus food stores represent a huge untapped market for us…we are confident this is the right time to promote our offering to a much wider audience.”

As part of the new QualitySolicitors.com service there is 24/7 support throughout a user’s case, as well as free access to a legally trained team who will match consumers to the best suited member solicitor for their particular legal issue.

The legal loyalty card, due to launch in a few weeks, is designed to hit back against supermarkets, “people demand this level of service and expect, rightly, to be rewarded for loyalty”, said Saleem Arif, QualitySolicitors.com’s chief operating officer. “With it people will be able to earn Air Miles and perhaps take a holiday after a stressful divorce, whilst people moving home will be able to earn discounts on future moves; it’s all about creating a loyal consumer base in the same way that supermarkets and banks do”.

Legal Services Act
QualitySolicitors.com was formed as the legal profession’s answer to the growing threat posed by supermarkets and banks as a result reforms of the Legal Services Act 2007, widely known as “Tesco law”, which effectively opens up the legal market to anyone.

Other major brands are widely predicted to enter the market soon and will be able to employ their own solicitors to undertake legal work. Commentators have widely predicted that over a third of all solicitor firms will disappear through the reforms. Legal firms claim that the quality of advice and representation offered by the supermarkets and brands will be poor.

QualitySolicitors.com was launched in May 2009 with 100 founder member law firms to become the UK’s first national legal brand.