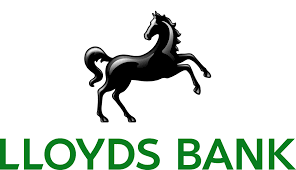 Thousands of UK consumers were charged twice for debit card payments as a glitch occurred in the card terminal run by Cardnet, a joint venture between Lloyds Bank and First Data. In one case, a woman paid £36,000 for an £18,000 Mercedes and was left frantic all weekend until the complaints team returned to work on Monday and sorted the matter was sorted out.

Francesca Brady and her mother bought the car on 29 August – the day the error occurred due to an issue with a card terminal run by Cardnet. Lloyds Banking Group said all affected customers had been refunded. Just under 5% of Cardnet machine transactions were affected on part of 29 August, it added.

Mistakes happen, but the question that has to be asked, is why the Lloyds Bank disaster recover team took so long to respond, and at the very least, to put out a statement?

Are there lessons to be learnt from other sectors?

Ross Feinstein, senior manager, corporate communications with American Airlines, speaking at this week’s Aviation Festival, told the audience that their Social Media team sit in the Operations Room, and often warn them of incidents as they are taking place. He told of one occasion, when a woman with twins and a pushchair was treated badly by crew as she joined a plane.

“Within seconds there were five photos from different angles of the incident posted on Twitter. We responded immediately, and within a minute and a half, the woman received an apology, and a first class upgrade for the next leg of her journey to Buenos Aires. We dealt with the issue and lessened the impact. This is the importance of social media to us.”

Dealing with glitches
Software glitches affecting customers, travellers and patients have been coming thick and fast.

CAST is the software intelligence company, which is helping financial services organisations such as Fannie Mae, Telefonica, Credit Suisse and ING have reliable and resilient software. The advice from Lev Lesokhin, EVP of Strategy and Analytics at CAST is: “Glitches such as the one that left consumers scrambling for reimbursements on double-charged purchases are commonly caused by poor interfaces or APIs between layers of complex IT systems. In this case the systems designed to process debit card transactions. Designing software to run these functions within a single organization is complicated enough, but building trustworthy systems is an even higher bar.

The financial services industry is saddled with old, complex applications that are difficult to modernize without risk of service disruption. Considering the glitch occurred in a system touched by multiple organizations, from Cardnet to Lloyds Bank to First Data, it’s likely that a change was made in the system without considering the architectural ramifications of that change. For example, Lloyds might have issued a new software release to improve the interface for online banking services without realizing how it would impact the interface to connected Cardnet terminal, therefore leading to a non-intentional double-charge of debit transactions.

The emerging practice of Software Intelligence, insight around software trustworthiness that points towards a solid understanding of software structure, was designed to help organizations to deal with such complexity. Especially in API-driven development, preventing cross-layer glitches from occurring, teams across organizations must collaborate based on a centralized understanding of software architecture and how enhancements will impact application performance in the field.”

The results showed that many banks are performing well against standards of plain language and readability, getting rid of jargon and communicating clearly. However, major players are still failing to use language that consumers can understand.

The highest scoring performer was Duncan Lawrie, followed by Metro Bank, then Halifax.

Plain language is a cornerstone of building consumer trust

John Nolan, Chief Operating Officer at VisibleThread said of the findings, “Language clarity directly affects someone’s impression of a business – banks especially. If consumers can’t understand a website, documents or terms and conditions, that says something questionable about a brand’s transparency.”

He continued, “According to the Literacy Trust, the average reading age in the UK is 11, but the cognitive load of trying to understand complex, unclear language is heavy even for highly educated people. Banks need to adjust the way they communicate to customers accordingly.”

Clear communication can help overcome challenges in the banking industry

Banks are facing numerous challenges to their models:

This means banks now have to work harder to attract and keep customers.

One of the most effective strategies to gain a competitive advantage is to improve customer relationships. In conclusion, Nolan urged banks to consider what tools are available to help their teams ensure communications are as clear as possible for consumers, saying:

“Thanks to technology, it’s not onerous to simplify content. Improving even one or two metrics improves readability. Brands who do this win the trust of their customers – building existing relationships as well as forging new.”