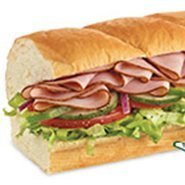 The launch of a mobile wallet by Subway, the world’s biggest restaurant chain, is a “marketing changing” event for the technology.

The claim comes from Chris Gardner, co-founder of mobile wallet platform provider Paydiant, who says that the entry of such an influential market player is a signal for widespread rollouts of mobile transaction technology across the QSR (quick service restaurant) sector.

Paydiant is supplying its mobile platform technology to Subway, which plans to start rolling out the system across its 26,000 US outlets before the end of this year. It will enable customers to pay by scanning a QR code on the POS screen with the camera on their smartphone, in addition to featuring loyalty functionality.

Gardner says that payments is “really the smallest piece” of a mobile wallet, and adds: “It’s all the other stuff that you wrap around it that’s useful for consumers. Starbucks is so successful not really because it’s a payments mechanism, but because you get to fill the cup up with Gold Stars. A loyalty programme is what drives the consumer adoption more than anything.”

Starbucks recently stated that over 10% of transactions at its coffee shops now take place via mobile devices, and it is enabling an increasing number of its outlets to accept payments via smartphone barcode scans.

Gardner predicts that other major QSR players – such as Burger King and McDonalds – will all have their own mobile offerings in place within a year. Paydiant claims its white label platform gives control of the payments process, and loyalty and other offers to the retailer in contrast to other wallet offers from Google and US telco consortium Isis.

“This lets restaurateurs and other retailers leverage the mobile channel to deliver a superior customer experience that builds loyalty, enhances their brand and protects valuable customer data,” says Paydiant.

All Paydiant’s wallet deployments use QR codes rather than contactless technologies such as NFC. Gardner says QR codes will work at any POS and even if there is no screen to display the code, a receipt with the QR code can be printed for the smartphone to scan.