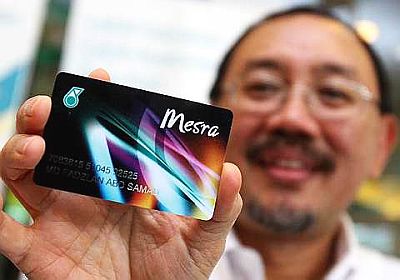 Customers can use their points at Petronas stations and its participating partners who include Aquaria KLCC, Dewan Filharmonik Petronas, Impiana KLCC Hotel and Spa, Petronas Motorsports Official Merchandise, Petrosains and The Discovery.

Petronas has around 900 service stations nationwide, and plans to open 30 more this year, and at least 30 annually, going forward.

He added that the company hopes to woo consumers with the new Kad Mesra: “We noticed that the product demand is not as high as before. We hope with our new loyalty programme we will be able to capture the hearts of consumers.”

Fadzlan said the group had about three million card members in its database but only one million to 1.4 million were active. “We do not have a target but we’ve prepared two million new Kad Mesra cards.”