M&S extends ‘eco-plan’ after saving £50m
Marks and Spencer plans to extend its ethical and environmental commitments by a further eight years, after its scheme launched in 2007 saved the company £50m last year. 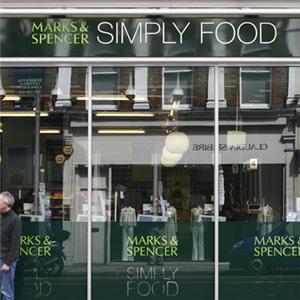 This is good news for the ethical and environment lobby, after the recession, a run of badly handled environmental news and a lousy winter.

Three years ago, M&S set itself 100 eco-targets, including becoming carbon neutral and eliminating all landfill waste by 2012.

Now it wants to be the world’s most sustainable retailer by 2015.

The new commitments will mean all M&S products become ‘Plan A products’ with at least one sustainable quality, enable our 2,000 suppliers to adopt Plan A best practice and encourage M&S customers and employees to live ‘greener’ lifestyles.

They include:
Converting all 2.7 billion individual M&S food, clothing and home items (across 36,000 product lines) sold every year into ‘Plan A products’, so that each carries at least one sustainable or ethical quality (e.g. carrying Fairtrade or Marine Stewardship Council certification or using free range or other sustainable ingredients). We will aim to convert 50% of our products by 2015 and 100% by 2020.

It also wants to: “Encourage 21 million M&S customers to live a more sustainable lifestyle.” It is kick starting this ambitious project with the launch of a new competition – Your Green Idea – for customers to submit their ideas for ‘green’ actions for M&S to adopt. The winning idea will receive £100,000 to be spent on ‘greening’ an organisation such as a school, charity or small business.

Mike Barry, the company’s head of sustainable business said the company is still on track to reach these goals, with 49 of the original 100 goals having already been achieved.

M&S spends about £40m a year on sustainability but last year found that savings had begun to offset the costs. It has, for example, been able to save 20 per cent on transport fuel costs by using aerodynamic lorries for delivering products to stores.

M&S’s new “eco-plan” includes a target to source all of its food, clothing and home items from sustainable or ethical sources – such as the Fairtrade scheme – by 2020.

M&S said it would also try to get its clothing suppliers – particularly in the Indian subcontinent – to pay a living wage to workers without adding to consumers’ costs.

“Although 80 per cent of our customers say they are concerned with sustainability . . . only 10 per cent are willing to pay extra for it,” said M&S also plans to launch a £50m incubator fund to fuel the development of new green products and services,” said Barry.

It will also offer all employees free home insulation, a move that could result in more than 30,000 homes being made more energy-efficient.

The employees’ scheme will serve as a test for M&S’s plan to start selling home insulation services to the public this spring, helping recoup some of the costs.