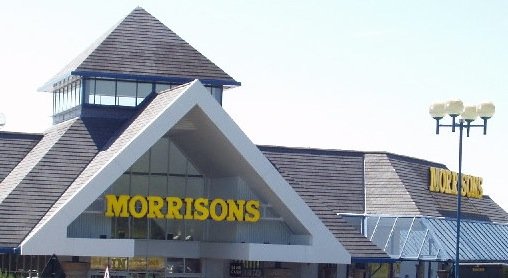 Morrisons is trialling three different loyalty card offerings ahead of a planned full launch before the end of the year.

A spokesman for the UK supermarket told Loyalty that it is still working out the type of reward that best resonates with its customers, and that further options could also be tried out before the full rollout in Q4.

The triple trial indicates the ongoing debate about the most effective rewards and customer data model to adopt in the highly competitive UK supermarket sector.

The myWaitrose card at upmarket Waitrose offers customers instant rewards such as free cups of coffee, money off shopping when buying certain newspapers, with less of a focus on customer data collection. This contrasts with the Tesco Clubcard offering of providing loyalty points and linking shoppers via their loyalty cards to every transaction they make.

The three offerings being trialled at Morrisons include Match & More which has a similar concept to Sainsbury’s Brand Match and Tesco’s Price Promise, offering savings on the cost of shopping at rivals. Customers can use the card to collect points and get money-off coupons to spend in-store.

The second trial called Yello offers Waitrose-style instant rewards for buying specific products at the checkout. The third offering is the Miles More card which builds on the existing Morrisons Miles card and lets shoppers collect points on fuel purchases.

The Morrisons spokesman said it is “still early days” on the trials and no decision had been taken on adopting any of the three options or a different model entirely.

In newly released figures from Kantar WorldPanel Morrison’s sales fell by 3.9% in the 12 weeks to May 25, compared to the previous yeat. Tesco sales also fell by 3.1% while sales at budget chain Aldi and Lidl surged by 35.9% and 22.7% respectively. Morrison’s market share fell from 11.6% to 10.9%, while Tesco declined to

In discussing its loyalty scheme plans earlier this year, Morrisons admitted it had been at “a significant disadvantage” to its competitors for many years because of its lack of IT systems capability, which was an essential prerequisite to really understanding customers at an individual level.

It added that its improved IT capability means it will be able to match competitors in offering customers tailored offers.

The Morrisons Miles card rewards its five million fuel customers who buy fuel from us and the retailer has started building on the scheme by registering its Miles cardholders from the first quarter of this year.

It says that the bigger opportunity lies in the 12 million customers who shop with it in store.

“Getting to know them – who they are and what they want – will enable an even greater opportunity to focus where we invest,” it stated. “We now have the necessary systems capability and have commenced trialling a distinctive and customer-focused Morrisons card, which we expect to roll out before the end of the 2014/15 financial year. This is an outstanding opportunity to interact with our customers and will enable an even greater step change to the way in which we invest in our commercial proposition.”