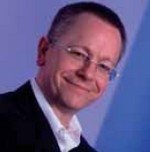 The appointment is with immediate effect and comes as the IDM plans its future direction in the light of the major changes that recession and new technologies have brought to the marketing profession over the past few years.

Hunt commented on his appointment: “The fact that the most exciting developments in direct customer marketing are happening in digital media makes the IDM’s mission even more crucial today. The skills gap is too great, we have to prioritise training if we are to turn opportunity into success.”

Working with the IDM Trust, Chairman Simon Hall and IDM directors, the IDM says Hunt’s role as president will, appropriately, be both forward-looking and ambassadorial, helping to create the IDM of the future and strategically position the Institute for the next 3-5 years.

IDM Managing Director, Derek Holder says: “I am delighted Terry has agreed to become the IDM President. He has an unparalleled knowledge and experience which will help the IDM plan its strategy and direction for the next five years.”

Hunt was co-founder of the pioneering direct marketing agency, Evans Hunt Scott in 1986. As chairman, he led the merger with Brann in 2002 to create a fully integrated direct, digital and data agency, EHS Brann.

Amongst many major client engagements, he has been directly involved in customer reward and engagement strategies both in the UK and overseas for over 15 years. These include Tesco Clubcard, HMV Pure, Waterstone’s, The Economist, Diesel Cult, Homebase, The Sun, Churchill Insurance and the Department of Health’s ground-breaking Change4Life anti-obesity programme.