New UK bank entrants predicted tough time
UK consumers may actively hate their bank but a consultancy firm is suggesting that this won’t lead to a mass exodus to new entrants. 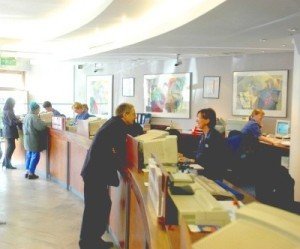 Those that were going to move would probably have already done so, suggests Datamonitor, meaning that the latest tranche of arrivals – namely Metro Bank, Tesco and Virgin – will have a tough time launching full banking services.

It ought to be pointed out that new entrants have been successful with credit card products and no-one thought they would manage that either. Supermarkets Tesco and Sainsbury, as well as Virgin have all successfully launched card products in recent years, but Datamonitor analysts believe the new players won’t be able to compete now that the wholesale financial market has seized up. Mortgages in particular, they say, will be a very difficult business to crack.

Author of the report, Daoud Fakhri said: ‘New entrants such as Tesco and Virgin will hope to benefit from the ‘halo effect’, where a positive perception of a retailer’s main activity feeds through to create a positive perception of its financial operations. Both businesses will be aware that it could work in reverse. If they launch before they are fully ready and face any difficulties, it could damage their reputation across all their business areas.”

Top 5 banks dominate
Another key hurdle is the size of the current account market available in the UK. It remains very small with the top five continuing to dominate, and accounting for two thirds of the market in 2009 despite the banking crisis.

Despite being established for 20 years and regularly scoring highly for customer service, First Direct has achieved a 2% market share, illustrating the difficulty of breaking into this market.

Past failures confirm the difficulties faced by ‘new players’
Egg and Standard Life, who launched in the last decade, offered a ‘new way of banking’ with convenience as their USP. They were both backed by established financial institutions but failed to break consumer inertia. As a result both business have been sold off by their original owners and incurred sizeable losses over the course of their lives.

Prospects for the new entrants
Tesco, Virgin and Metro Bank do have some advantages over the top five. Developments in IT over the past decade mean new entrants won’t face the same costs and barriers which affected the last generation who attempted to challenge the top five.

In particular, Tesco has become a market leader in data mining so is far better placed than the traditional players, to offer what customers want. A good reputation for customer service and an extremely successful loyalty scheme combine to help give them an edge. Similarly Virgin has a history of strong branding across several consumer sectors and as such has created brand warmth.

Lessons from new entrants
According to the Datamonitor research, established banks can take three main measures to ensure they combat any immediate or future threat:-
– Reward customer loyalty
– Position themselves so they are able to firstly know what the customer wants, and then deliver it
– And convince customers that they are on their side

Fakhri said: “Traditional banks can learn much from the success of retailers. We believe that they should not reply on inertia to ensure they continue to dominate. Retailers do have powerful tools on their side such as a head start in knowing what consumers want due to loyalty schemes and datamining. This detailed knowledge about consumer preferences, combined with the market becoming more fluid due to the sale of Northern Rock and sell off of parts of RBS and Lloyds Banking Group could pose a significant threat in this decade.”