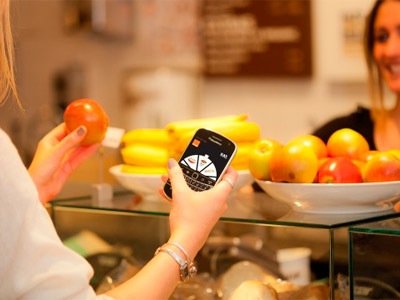 The ‘Quick Tap Treats’ programme enables customers with an NFC-enabled Orange phone to tap their handset against a poster containing an NFC tag at any of 110 participating EAT restaurants. They are then directed to play a mobile game where winners get a voucher that can be redeemed for food, drinks and upgrades to larger portions.

The EAT partnership, planned for launch in March and running through to this summer, builds on Orange’s ‘Quick Tap’ contactless payments system that was launched in 2011.

The mobile game will also be available as an app downloadable from Orange World, as well as BlackBerry, Android and OVI apps stores.

Orange says that, as a result of the new initiative, approximately 200,000 of its UK customers will be able to access the new rewards programme from launch, with more being able to jaoin as further NFC-enabled handsets are brought out.

Pippa Dunn, chief marketing officer at Orange UK, commented: “Last year we started a whole new movement in the way consumers make payments on the high street, and with Quick Tap Treats, we’re continuing this with a new and innovative way for our customers to receive rewards for their loyalty.”