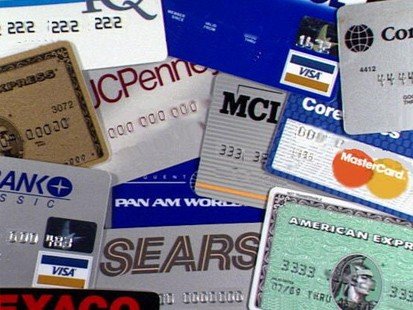 Over the past two years, 7.2 million people have switched their credit card to a new provider according to a new survey.

The findings from Professor Merlin Stone of Oxford Brookes University, estimate that for over a quarter (26%) of these ‘switchers’, poor customer service was a major reason for their decision to leave.

The research, commissioned by B2B concierge and lifestyle management company WhiteConcierge, found  that in total over the past two years 74% of UK adults have switched a utility, telecom or financial product provider at least once.  It is estimated that this equates to 1.41 million people switching companies every month, or 32 every minute.  Professor Stone estimates that between 40% and 60% of these are ‘good’ customers that the businesses would have wanted to keep.

Commenting on the findings, he said: “Organisations are having to work harder than ever to keep their best customers.  Consumers have become increasingly demanding and discerning, and with the rise of price comparison websites for example, it is now much easier to compare and switch products.

“The economic downturn has also prompted more of a shift towards customer retention strategies as companies look to keep the good customers they have, rather than acquire new ones, which is generally much more expensive to achieve.  This is good news for the concierge industry because if it works well, it can leave a very positive impression on the customer.”

Jonathan Breeze, CEO of WhiteConcierge, said that acquiring new customers can be a very costly process which is why in current market conditions many companies have shifted their focus to keeping the ones they already have.

He added: “Price is undoubtedly one important factor for causing people to change providers but many companies cannot compete on this at the moment.  As our research findings show, issues surrounding customer service experiences are also key and can be addressed more readily.”

“Concierge is a particularly attractive option as part of an enhanced customer service offering; not only does it strengthen relationships but it can actually generate extra income as it can also be used as part of an up-sell strategy.”

Rise of the mass affluent and high net worth market
The target for concierge services is typically mass affluent or high net worth individuals who are time poor and this market is expanding rapidly.  In 2007, there were 531,000 demi-millionaires in the UK (those with investible assets of over £500,000), but this had increased by 7.49% to reach 571,000 a year later.  By 2016, this could rise to 936,200.

Decline of free banking and new revenue streams
Companies, especially financial services organisations, need to protect and grow their revenue streams so a growing trend will be trying to persuade existing customers to pay for current products and services they currently receive for ‘free’, or charge more for those they do pay for.  This will require expanding the product proposition, which is likely to include a concierge service.

Also, as UK banks face up to a difficult environment, they will increasingly be tempted to copy the European model and start charging for the majority of their current accounts.

Changing regulation
Increasing regulation could push companies towards concierge services.  For example, new rules from the International Accounting Standards Board mean that the value airlines now have to place on their frequent flyer miles will be much higher and will cost them hundreds of millions of dollars.  This, on top of other problems facing the aviation industry, could result in some airlines selling all or part of their schemes off, or in order to just cut costs, restrict them to a more select group of customers or just make them less generous. To help counter the effect of this, more airlines will look to offer concierge services to their most valued clients.

A need for organisations to strengthen their relationship with their most important customers
It is estimated that a one percent increase in customer loyalty is equivalent to a 10% cost reduction.  As the economy becomes tighter and pressures on margins focuses attention on reducing costs, the retention of the most attractive customers becomes even more important.

This will see companies increasingly only offer their best products and services to their key customers.

Demand for concierge services
There are currently an estimated 27 million people across the UK, Germany and France who would use a concierge service if they were offered it – this is around five times the number currently using it.  This illustrates that there is demand for this type of service, and as more organisations offer this, the number using it will increase.

However, Professor Stone warns that if the concierge market is to realise its full potential, it needs to address a number of issues, including the need to ensure that the level of service it provides is high and that it can deliver a global proposition because clients will increasingly want this.  Concierge companies also need to ensure that they invest heavily in their systems to ensure that they are reliable, comprehensive and above all secure.