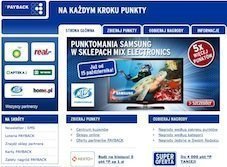 The Polish version of the Payback multi-partner loyalty scheme has built up 6.5 million cardholders in its first year.

“Germany and Poland are the engines of economic growth in Europe. That is why we have ambitious targets and high expectations for Poland, too,” says Kai Klippel, MD of internationalisation at Payback.

Klippel added that he wants to achieve a total of around ten million active cards before the end of the year and gain additional new partners.

Over the past few months, the range of opportunities for customers to collect points has been expanded as several new partners joined the programme. The ten largest partner companies that have been with Payback in Poland from the start have been joined by pharmacy chain Apteka1, the Danish furniture house JYSK and the TV and online service provider Mango Media.

In total Payback now claims to have 24.6 million active cardholders in Germany and Poland. In Germany it claims a household penetration rate of 60%.

Payback Polska is based in Warsaw and is operated by Loyalty Partner Polska, a wholly owned subsidiary of Payback GmbH (Munich).