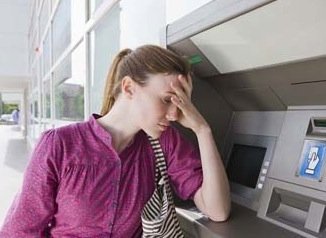 People love to hate their banks – apart from retention professionals
One of the most surprising moments of my professional life happened earlier this summer when I was chairing a customer management conference, writes Annich McIntosh. I commented to the audience that everyone loathes their bank and when noticing the lack of agreement on their faces I asked for a vote.


The vast majority of this audience of customer retention professionals actually thought their bank did a good job, and they said they wouldn’t change providers.

I was speechless. It just isn’t British to like your bank, especially not in 2010 when they won’t give credit, have started charging for services and run everything through remote call centres. Banks do not get much good press these days.

This point was underlined this week with the news that a massive 7,000 complaints are received every single day by UK banks, according to the latest report from the Financial Services Authority.

The figures show that 1.3 million grievances were raised against the high street banks in the first six months this year.

Substandard service and poor advice on insurance and mortgages are among the chief complaints of angry customers.

It is the first time the FSA has forced banks to disclose the number of complaints made against them and is aimed at improving customer service by naming and shaming offenders.

NatWest generated almost 84,300 customer complaints, of which 66 per cent concerning home loans were upheld, 46 per cent on insurance policies and 23 per cent on general banking.

RBS received 38,100 complaints during the same period, of which 71pc about mortgages were upheld by the bank, 35 per cent on insurance policies and 27 per cent on general banking.

Fifty-four per cent of insurance-related, and 12 per cent of general banking complaints were upheld against Lloyds.

Of Barclays’s giant share of the complaints, two thirds related to insurance were upheld, 60 per cent on mortgages and 32 per cent on general banking.

The report also indicates that the banks drag their feet in resolving customers’ complaints, with less than half dealt with within the recommended time limit of eight weeks.

So the question is, why was there such a different response from an audience of retention professionals compared to the experience of the great British public?

Are consumers getting more difficult to please, and quicker to complain? Or was my audience of retention professionals different because they understood how difficult it is to please consumers, whatever the business?

Loyalty Magazine has to admit it doesn’t have the answer to this absorbing question, but is looking forward to the next customer management conference to find out more about why retention professionals like their banks. This could be a very important (and lucrative) piece of industry intelligence.

In the meantime, perhaps banks out to analyse why people are so angry. 7,000 complaints a day ought to be taken seriously.