Pepsi drops out of Superbowl but wins marketing game?
The decision by Pepsi to stop its 23-year advertising sponsorship of the US Superbowl this year and divert more of its marketing efforts to social media and web-based initiatives could herald a new marketing template.

The drinks company has been generating a strong internet buzz among users on sites such as Twitter by launching an initiative which rewards people who develop philanthropic ideas to help their communities.

This strategy signals a major shift from the traditional media used in campaigns, says Scott Olrich, chief marketing officer of cross channel marketing solutions company Responsys.  He says brands will invest heavily to create mass audiences on Facebook and Twitter, and this will reduce their reliance on spending big money for traditional media like TV and Radio.

“Marketing spend is not increasing or decreasing, but is being moved more towards the social media channel,” he says. “Companies are realising they can build this audience that they can target rather than using traditional and expensive marketing campaigns.”

Pepsi Refresh
Prior to this year’s Superbowl US football final, held earlier this month between New Orleans Saints and Indianapolis Colts, Pepsi decided it would skip advertising at the event.

Paying for TV spots at the Superbowl (which this year attracted 106 million viewers – the biggest TV audience in US history) is considered a necessity by many major US brands, as high profile ads featuring well known celebrities such as Britney Spears generate an instant brand buzz among viewers. However, advertising spots are expensive – between $2.5m and $3m for this year’s game. 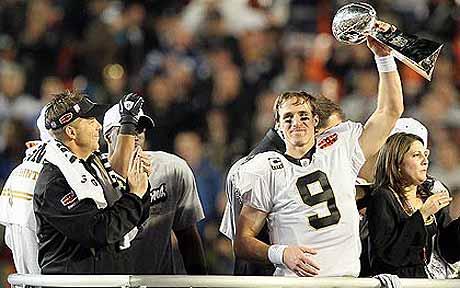 Instead of shelling out for the Superbowl (left) Pepsi launched the “Pepsi Refresh” marketing initiative, a marketing campaign disguised as a contest, through which it will award over US$20m to around 375 consumers this year.

Pepsi plans to give grants of $5,000, $25,000, $50,000 and $250,000 to 32 people each month. The winners must be among the first 1,000 every month to submit worthy philanthropic ideas in health, arts & culture, food & shelter, the planet, neighborhoods and education. Among the submissions so far: One grant applicant wants to give spectacles to poor children in Utah. Another has a proposal to feed needy families in Northern Virginia. The drinks manufacturer is asking people to vote for the worthiest causes.

People can go to the Pepsi website refresheverything.com – which can also be accessed through Facebook and Twitter – to submit their own ideas for a project or to vote in favour of others that they support.

The move has been a success according to analyst Nielsen, which says Pepsi is getting more attention on the web than any other advertiser except Focus on the Family, which is running an abortion-related spot featuring US college football star Tim Tebow.

Pepsi’s tactics earned it 21.6% of the online chatter about Super Bowl advertising over the last two months, Nielsen said – around 10 times more than rival Coca-Cola which was one of the traditional TV advertisers at the event.

User base
“The average Facebook user has between 30 and 100 friends, “ says Scott Olrich. “Every page has a quite significant number of people they are talking to and there are now a lot of important, powerful ones. People are creating their own pages and talking about your brand. You cannot control that, but you need to be responsive especially if they become popular. ”

The official Starbucks Facebook page has six million ‘fans’, while 11 million are signed up for the Michael Jackson page and well over seven million for Barack Obama’s.

“If companies can attract large numbers of visitors to their social website pages it doesn’t cost them any money and they own the media,” says Olrich. “Social media is driving more traffic back to websites than Google searches.

“Historically the store and the call centre are the main inbound marketing channels. In future the ‘killer’ inbound channels will be social media websites. You can use them as an outbound channel as well – you can send campaigns to another Facebook page for example.”

Lego
Among other business users of social media sites, Olrich says Danish toy manufacturer Lego has been very effective in using web communities to connect with existing and potential customers. With several platforms for social media, the company receives feedback that can be used for developing new products.

Around ten years ago the company noticed that people were starting to use the internet to discuss its products, including giving their opinions about its new releases and alternative ways of constructing its models.

Lego therefore started to develop its own internet platforms to create a dialogue with its customers who range from children to adults. One of these platforms is an “ambassadors’ forum”, which includes 40 Lego fans aged 19 to 65 from 22 countries. All members of the forum have beenchosen to take part in the discussion groups by their local Lego user group, including people that have a great interest in Lego, and give user feedback to the company. 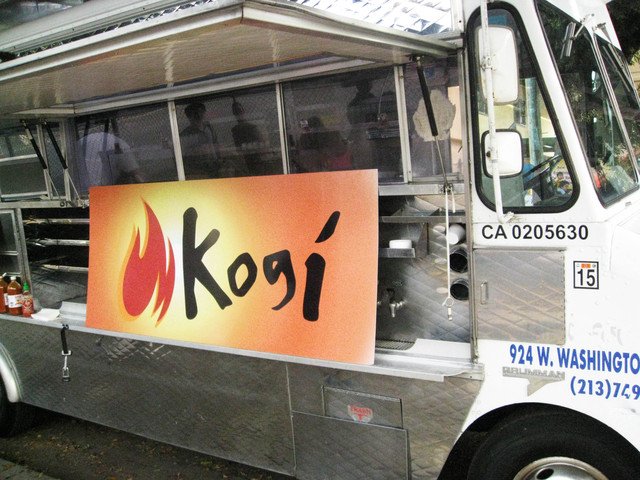 Initially, the decision to post Kogi’s changing whereabouts on Twitter was practical – so that people knew where a truck would stop. However, unexpected benefits came when police moved a truck from one corner, and  Twitter fans would suggest another. If the truck was running late, a quick Tweet—”Give us 10 more minutes, yeah??? TACOS FOREVER”—would keep impatient customers in line.

Followers were asked to design t-shirts and name Kogi’s vehicles; fan photos and YouTube videos were posted on the official blog. The result—now called Kogi Kulture—is  a rapidly expanding community of taco lovers connecting, both online and in person.

Other social platforms will emerge, and Google recently (and belatedly) launched its attempt to compete with the likes of Twitter called Google Buzz. The new service is being offered to Google Gmail users. Like Twitter and Facebook, it enables users to post “status” updates, links and photos. Buzz users can have text chats of any length with people who are also have Google accounts.

Potential pitfalls
Twitter or Facebook pages specifically set up to discuss a major brand’s activities can be a major potential pitfall as well as a marketing opportunity, says Responsys’ Scott Olrich: “As a marketer, you are letting your customers control your brand to some extent, so you need to be an active participant in the conversation. You have to be very proactive with the channel.”

This month cabin crew on a Southwest Airlines internal US flight told a passenger that he would have to disembark as they believed he was too overweight to fly.

Unfortunately for the airline the passenger was film director Kevin Smith who has over 1.5 million followers on Twitter. Smith tweeted about his treatment and the incident rapidly turned a PR nightmare for Southwest.

Coverage was so intense that the airline eventually had to phone Smith and apologise in person, explain that he was not thrown off because due to his weight, post the apology on its blog, admit that the incident had not been handled well, and offer compensation. Smith’s blog on Southwest Airlines has now attracted over 1,600 comments.

Ironically Southwest has been an airline that has so far been one of the most proactive and won praise in its approach to social media. It communicates with customers via its own Twitter page and also blogs regularly on subjects ranging from airline news to airport food, new aircraft  and  new airports. Its blog also provides inks to its other social profiles oin their blogs, helping its followers and customers stay in contact with them all over the internet.

Big brands lacking presence
So far only around 25% of the world’s 100 biggest brands have a social media presence, but this wiil change says Scott Olrich.

“Businesses will start taking the channel much more seriously and will have to get people on their marketing team to develop a social media strategy,” he says. “Marketers will execute campaigns directly to this channel which will allow them to track the number of impressions and conversions that result from these campaigns.”