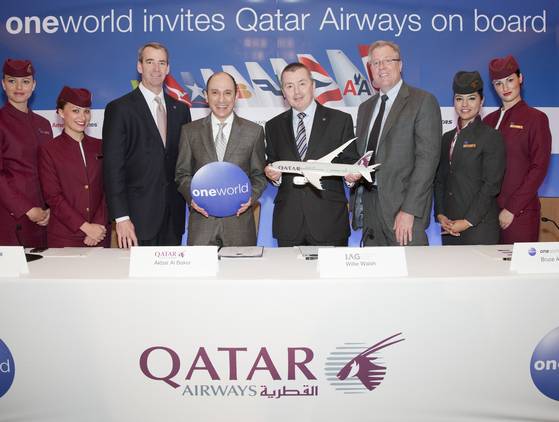 American Airlines and Qatar Airways have expanded their relationship to include a reciprocal frequent flyer programme agreement.

The two airlines easy the agreement will provide customers with more opportunities to earn and redeem miles when travelling across each airline’s global network.

The agreement expands on the codeshare relationship the two carriers already have in place, which includes joint marketing on 170 unique routes throughout the United States, Europe and the Middle East.

Suzanne Rubin, president of the AAdvantage programme, said: “This expansion of our relationship with Qatar is another example of how American is focused on strengthening its global network through building strategic partnerships with other airlines, all while meeting the needs of our most loyal customers.”

Qatar currently serves 130 destinations in more than 70 countries in the Middle East, Europe, Africa, North and South America, Asia, and Australia. From its Doha hub, it serves 22 cities throughout the Middle East and operates over 1,100 weekly flights, including service to American’s hubs in New York (JFK) and Chicago (ORD), as well as Houston (IAH), Washington, D.C. (IAD), and, beginning in April of next year, Philadelphia (PHL).

In addition to expanding its partnership with American, Qatar Airways has previously announced that it is joining the oneworld alliance on October 30, making it the first of the three major airlines based in the Gulf region to join a global airline alliance.