Real ale scheme in the UK
UK beer brewer Frederic Robinson has introduced a scratch card instant prize reward, giving a one in seven chance of winning a free pint.

Every pub that signs up for the promotion will receive a pack of cards in which 140 out of every thousand wins a prize, including a free pint of beer. 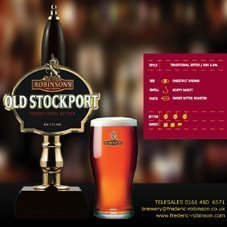 It is supported by point of sale material and the cost of the prize beer is shared equally between the Robinson¹s (whose range of beers includes Unicorn, Old Stockport and Northern Glory) and the licensees of its associated 140 pubs.

The brewer says the scheme is aimed at supporting its licensees, rewarding customer loyalty and developing cask beer sales.