Retailers can lure mums with social media and free stuff
Retailers trying to influence mums should pay close attention to their social media efforts and also focus on free items, promotions and discounts, according to a Retail Advertising and Marketing Association (RAMA) survey conducted by BIGresearch. 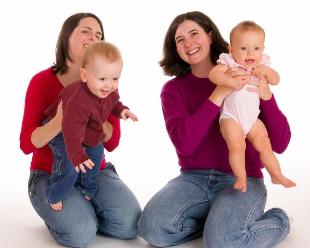 “Retailers who aren’t engaging customers through social media could be missing the boat,” said Mike Gatti, executive director for RAMA. “Twitter, Facebook and blogs are becoming increasingly popular with mums as they search for coupons or deals and keep in touch with loved ones. The web provides efficient, convenient ways for brands to stay in front of their most loyal shoppers and attract new ones.”

Most influential promotions
On a scale of one to five, when asked what types of promotions most influence their purchases, product samples in the store (3.8), product samples delivered to home (3.6), loyalty cards (3.5), and special displays (3.4) rank as mothers’ favorites, RAMA said.

Mothers “like to talk”
Not surprisingly, mums frequently share experiences and information, and say other people’s opinions influence their purchases, the survey found. Nine out of 10 (93.6%) mothers regularly or occasionally seek the advice of others before buying a service or product, according to the survey. Additionally, an overwhelming 97.2% said they give advice to others about those products or services they purchased.

Preferred shopping venues
When it comes to where they shop for clothes, 32.9% prefer department stores and 23.2% head to specialty apparel stores. However, when it comes to shopping for their children’s clothes, 30.7% say they head to discount stores, 19.6% say department stores and 17.5% prefer specialty apparel stores. Mums also most prefer discounters the most for their children’s toys (45.0%) and their own personal health and beauty products (45.5%).

Focus on mothers’ tech use
The importance of social networking to the mum demographic is an area that has attracted significant interest in the past several years. Separate research from ShesConnected Multimedia found that one-third (36%) of online US and Canadian women would give up chocolate, their Pradas, or their mother-in-law before they gave up their social networks, but only half would be willing to pay subscription fees to continue using such networks.

Another study, by BabyCenter, LLC released in the summer of 2009 found that the number of increasingly tech-savvy mothers in the US who use social media has jumped 462% since 2006, while the number who use cell phones to go online has increased 348% during the same time period.