Scheme lets workers reward colleagues
The Calgary Marriott Hotel in Canada is running an employee rewards programme that it claims is enabling it to hang onto its best staff. 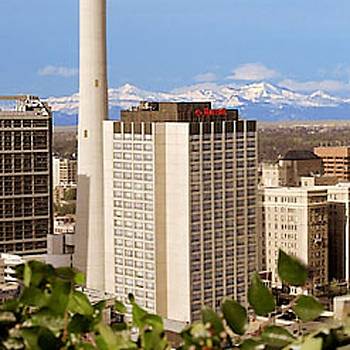 Employees are able to give points to their colleagues for doing outstanding work. The programme also awards points to workers who take part in community events such as the Mother’s Day Run and Walk or Habitat for Humanity projects.

Points can be redeemed for a range of merchandise, and since implementing the rewards and recognition programme last year, the hotel says it has seen a decrease in staff turnover. Cash is the most popular reward with employees, but the hotel says recognising the efforts an employee makes and giving them kudos for this is also appreciated by staff.

The hotel says the hospitality industry in the region suffered in the pre-recession era from not being able to recruit enough staff, and adds that the demographic factors that created the last employee shortage will cause the same shortage once the downturn recedes.

The Calgary programme is designed to offer rewards that have meaningful, tangible benefits beyond just a pat on the back – although the hotel says informal recognition also plays an important role.

Holding on to valued staff is likely to become increasingly important as economies around the world recover, according to a new report by Adecco Group North America, which found that 54% of workers surveyed admit they are at least somewhat likely to look for a new job once the economy turns around.

“These findings should be an eye-opener for employers who are so focused on cost containment that they are losing focus on retention,” commented Bernadette Kenny, chief career officer of Adecco Group North America.