LoginSearch
You are here: Home / News / Customer Insight / Sorry I didn’t tell you earlier that Loyalty would be a big news story this week

Sorry I didn’t tell you earlier that Loyalty would be a big news story this week
I really didn’t expect the research from Loyalive to become such a well covered media story. This reported that £4.5bn of loyalty reward points were unclaimed and that 20% of customers taking part in a loyalty programme won’t redeem this year.

The data won’t surprise those in the loyalty business. Stories surface regularly about how many times unclaimed frequent flyer miles could go round the world and what a problem it would be for companies if they did redeem.

What surprised me was the level of media interest in the fact that people weren’t spending their points. Presenters were appalled. “Why?” they challenged, “don’t people realise that these points equal value and should be used to prop up the family budget?”

Perhaps, I suggested, it was because people like the security of a loyalty nest egg.

Perhaps they found redemption too hard.

Maybe loyalty companies were not making it easy enough to redeem; were not explaining the process.

Or maybe customers don’t have a clue how many points they have.

After BBC Breakfast, Radio 5 Live, and 14 regional radio interviews, I felt I had made an attempt to answer these questions from all angles, but then one of the BBC producers at the magnificent Media City in Manchester, cornered me to ask politely what had happened to Nectar, his favourite loyalty programme and why were his points not accumulating any more?

I explained that Sainsbury’s had halved the points total, but that most other partners had kept their reward the same. 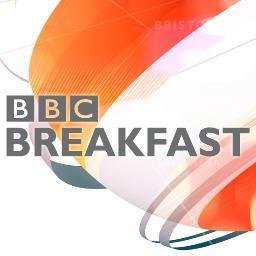 “Ah, so it is Sainbury’s. I understand now,” he said, looking thoughtful.

He understood, but the message wasn’t a positive one for the loyalty business.

At the end of the day, it doesn’t matter how clever we get with wallets, beacons, personalised offers, gamifications and experiential rewards. If the value of the gift is paltry, customers will feel short changed.

With banks dealing with how to keep their bottom line healthy after the merchant interchange cuts and stores under pressure from newcomers, it is easy to steal from a loyalty programme to prop up the figures, just as it has always been easy to cut a marketing budget.

But loyalty matters, as was proved by the level of interest in the Loyalive research.

Better engagement needed
I did a ring round of our Loyalty Magazine Awards sponsors to get their view on the research and the consensus was that engagement needs to be better, that there  can be a disconnect between company and customer and that often, using loyalty points doesn’t add up for the consumer.

One example I was given was of a flight to New York that cost £317 in taxes plus 33,000 frequent flyer points. Or £361 and no points. The difference is not great enough to make a saver feel satisfied with the experience. It is an anti-loyalty programme experience.

So my conclusions are:
YES loyalty rewards really really matter to consumers and
YES we could do better to meet their expectations.
But loyalty is not broken. It just has a hurty bit.

One in five loyalty card owners (18%)* hasn’t redeemed their points in over a year, according to research released today by Loyalive, a new app designed to help consumers take control of their loyalty points.

The majority of UK adults (92%) are currently registered with a loyalty card programme, in the hope of taking advantage of the rewards and savings they offer. The average shopper will be signed up to three programmes, with the most popular being Tesco Clubcard, Nectar and Boots Advantage.

However, despite the popularity of loyalty programmes, many consumers are not reaping the benefits. Nearly half (43%) don’t know how many points they currently have. One in five (20%) admitted to never checking their balance – and over 3 million shoppers*** (7%) have never redeemed any of their points.

Consumers cite a variety of reasons for their loyalty laziness, including forgetfulness (33%), a lack of reminders from the provider (21%) and not enough time to check (18%). However, eager shoppers may be more inclined to stay on top of their rewards if they knew how much they were missing out on.

Mark Kanji, Loyalive CEO and founder, commented: “Loyalty cards have become an accepted part of the modern consumer experience, but – as our research suggests – people are not making the most of the rewards on offer.

“The problem with loyalty programmes across the UK is that consumers want to extract more value out of them than they currently do.  Consumers realise they have to spend large amounts over long periods of time to see the return.  This leads to forgetfulness, apathy and frustration of their management when it comes to redemption.  The other side of this problem is that brands are not very proactive in showing loyalty programme members what they can exchange for their points. Loyalive will bring consumers closer to their loyalty programmes and help them work towards rewards they want, taking away the frustration and lack of access to balances in one place, while allowing them to go card-free.”

The research shows that while most loyalty card owners (79%) don’t currently use smartphone apps to manage their accounts, nearly half (47%) would consider doing so – and the app is specifically designed to counter the common barriers which stop consumers from taking advantage of their points.

Mark Kanji continued: “Technology has created so many ways for consumers to better manage their finances – from the convenience of online banking to the opportunities found at price-comparison websites.”

**Calculated using both Opinium research and Loyalive internal data, May 2015. Individual loyalty programmes’ points systems and redemption processes are subject to terms and conditions imposed by the individual provider.